The environment has become a stakeholder in airlines, but the industry is doing "a lot of good" for the contribution it makes to global CO2 emissions, according to Lufthansa Group chief executive Carsten Spohr.

Speaking as he collected the Executive Leadership Award at the Airline Strategy Awards on 14 July, Spohr explained that the environment "wants to be taken as seriously as the other three stakeholders" – namely customers, employees and shareholders. 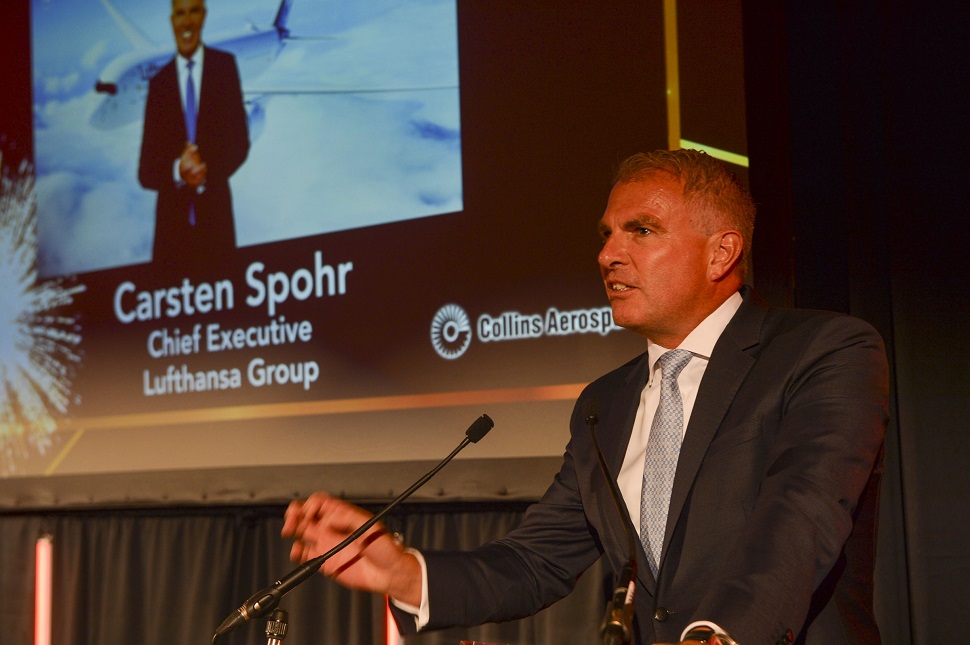 Working to meet the interests of those three groups was "complicated enough", Spohr notes, "but I think recently, just in the last weeks and months in particular, a fourth stakeholder has appeared, and that's the environment".

He says the "new" stakeholder's voice "will be heard just a loud as the other voices have been heard".

Spohr expresses confidence, however, that the airline industry is good value for its impact on the environment, and that it is also working "very hard" to reduce its CO2 emissions.

He cites an estimation of aviation's contribution to global emissions of "only 2.5%", stating that he "very much" believes the industry "should always remind us and the world that we are doing a lot of good to this world for this 2.5%".

Spohr explains that he "often wonders, are the others doing as good for this planet, for this global environment, for the people on this planet as we do in aviation".

He concludes: "We are making this planet smaller every day, we are making it therefore more peaceful every day, and this would be a different world without us."

Spohr was recognised at the Airline Strategy Awards – which are organised by FlightGlobal's Airline Business in partnership with executive search firm Korn Ferry – for his success in guiding the Lufthansa Group to a dominant position in Germany, Switzerland and Austria, despite tough market conditions.