Pan-European air navigation organisation Eurocontrol believes the pandemic has exposed a vulnerability in airspace charging policies, with the collapse in traffic forcing a rethink of the ‘user pays’ model.

Charging policies based on availability of services and traffic forecasts, rather than actual service provision, means airlines “will end up paying for flights they never flew” as a consequence of the crisis, says Eurocontrol’s central route charges office in a paper.

“While this [pandemic] may be a once in a lifetime event, this has triggered questions on the ‘user pays’ principle,” it adds.

Route charges billed to airlines by Eurocontrol had typically amounted to €8 billion per year since 2016, but the figure for 2020 sank to just €3.2 billion and is likely to be about €4 billion this year.

Eurocontrol estimates that revenue losses over the course of the pandemic – between March 2020 and December 2021 – will reach nearly €8.6 billion.

The charges office queries whether – given the necessity to provide air navigation service availability – countries’ governments, rather than airlines, should be required to fill the funding gap.

“Flying has become a commodity and a large part of the population in many countries boards an aircraft or buys goods that have been in the cargo hold,” it states.

“One could argue that [taxpayers’] shouldering the availability costs of the [air navigation] system in the case of such a crisis is justifiable.” 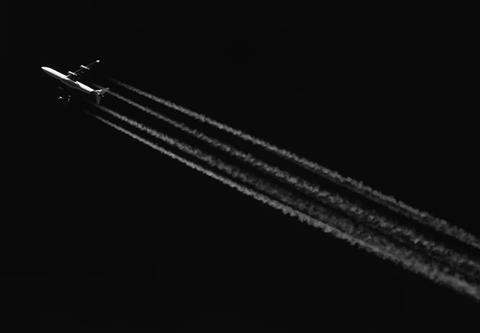 Recovering lost revenues could lead to changes in individual countries’ air traffic unit charges, and Eurocontrol is aware of the potential for airlines to route flights deliberately through lower-cost airspace, even if this results in longer flights and runs counter to environmental considerations.

It says the charging formula was amended, in January last year, to redefine the distance factor part of the calculation – basing it not on filed flightplans but rather the actual route flown, as recorded by Eurocontrol’s Network Manager.

“One of the identified benefits of this change was to disincentive the use of ‘route charges optimised’ flight plans and reduce the mismatch between planned and actual trajectories,” says the charges office.

But it acknowledges that this does not seem to have “removed” the “possible consideration” of route charges in flight planning operations.

“One mitigating option would be to establish a common unit rate to eliminate such considerations,” it states.

But it adds that, while this might appear an “obvious solution”, it would not be free of “challenges and complexities”, and should be weight against the “limited environmental impact of ‘route charges shopping’.”

Modulation of charges to support deployment of environmentally-supportive technology or use of sustainable fuel is a potential avenue, says the office, but is still subject to discussion. “The purpose of route charges – to recover the costs of air navigation services – should not be lost in the pursuit of strict sustainability objectives,” it adds. “But it should support these if and when possible.”