Air taxi certification times could be unrealistic: US government report

A US government report suggests certification of electric air taxis could take longer than some manufacturers are promising, citing formidable hurdles yet to be overcome.

The report from the Government Accountability Office (GAO) says industry goals of having electric vertical take-off and landing (eVTOL) aircraft certificated within one to five years may be unrealistic.

The FAA may “not have clear standards for how to certificate these aircraft, and the development of clear standards may extend well beyond this timeframe”, says the report, released 9 June. 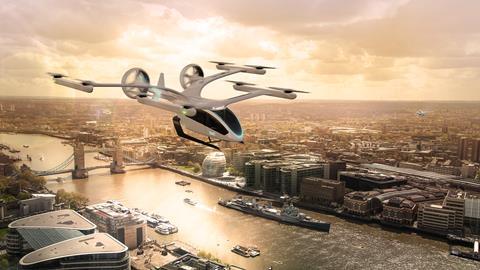 The GAO’s findings are based on interviews with various parties involved in the Advanced Air Mobility (AAM) market, including manufacturers, local governments, unions, universities and air traffic managers. Electric air taxis are a central component of the AAM concept.

Despite timeline uncertainty, the report says many industry participants do expect some small electric aircraft may be operating in the next five years – though in limited numbers and few locations.

Broader expansion will depend on overcoming numerous regulatory, technical and social challenges.

The report says air-taxi technology “may pose difficulties for certificating”, adding that “much work remains in order to certificate eVTOL aircraft for commercial service”.

Most air taxi developers have been pursuing certification under the FAA’s Part 23 rules, which apply to small commuter aircraft.

But those rules, written for fixed-wing aircraft, do not fully apply to characteristics unique to eVTOLs, such as their electric propulsion systems and ability to transition between vertical and horizontal flight, the GAO report notes.

For that reason, the FAA announced in May that it tweaked its regulatory strategy. It now intends to certificate eVTOLs under a “special class” category. That means the FAA will use applicable Part 23 standards supplemented by other rules, such as those for helicopters, says the report.

Notable players include Lilium, Joby Aviation, Vertical Aerospace, Wisk Aero and Embraer-backed Eve. Some start-ups have already flown prototypes and aim to have their designs certificated by 2023. Eve, based in Melbourne, Florida, has taken what co-chief executive Andre Stein calls a more-realistic track. It aims to deliver its first eVTOL in 2026.

But much work remains.

The GAO report says eVTOL makers may struggle to establish air taxi take-off and landing facilities. Though developers have pitched their designs as capable of operating from existing structures like parking garages and rooftops, such “facilities would require extensive modification to make them useful”.

“Infrastructure developers may be hesitant to finance” such projects due to the business case being untested, the report adds. 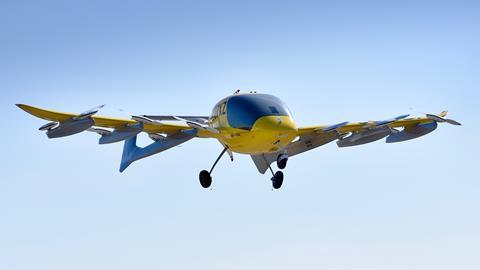 Also, the US electrical grid might need updating. The report says large eVTOL fleets “could consume enough electricity to impact the electrical grid”.

Other unresolved issues involve pilot training. Some companies say they are equipping their air taxis with such advanced flight-control computers that the FAA could safely allow eVTOL pilots to have less training and experience than required for pilots of conventional aircraft.

But the report says the opposite might be true.

People must be broadly convinced eVTOLs are safe, and air taxis must not be so loud as to spark widespread public opposition, the report says. While manufacturers claim their aircraft will be quieter than helicopters, just how much remains unclear.

The report adds that ultimate public acceptance depends on air taxis being widely accessible and affordable, not simply “a luxury item for the wealthy”.