Emirates has explained that 11 of its Boeing 777X orders are subject to reconfirmation, following a revision of Boeing’s figures for the Middle Eastern carrier’s 777X commitments.

Boeing’s latest figures indicate that a further 11 aircraft have since been trimmed.

While the rejig means a total of 35 777Xs have either been cut or effectively converted to options, Emirates insists that these do not equate to the 35 777-8s included in the original July 2014 order. 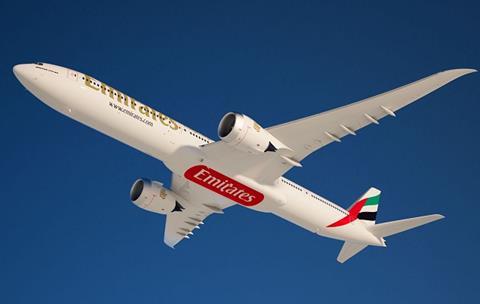 The composition of the 11 777Xs covered by the reconfirmation has not been disclosed.

“We continue to work closely with Boeing on our future,” the carrier says. “Emirates is committed to the 777X programme, and will remain the largest 777 operator.”