Normalisation of diplomatic relations between Israel and the United Arab Emirates opens the possibility of flights between the two countries – although a timeframe has yet to emerge and other complexities remain unresolved.

The UAE and Israeli governments have jointly stated that tourism and “direct flights” will be among the subjects covered by bilateral agreements to be signed over the next few weeks and months.

But even with a political agreement, organising air connections between Abu Dhabi or Dubai and the main Israeli airport at Tel Aviv remains potentially complex.

The airports are some 2,000km apart but while Emirates and Etihad Airways would, in theory, be able to operate services through the Bahrain, Baghdad or Jeddah flight information regions without hindrance, El Al remains restricted in its freedom to transit Arab airspace. 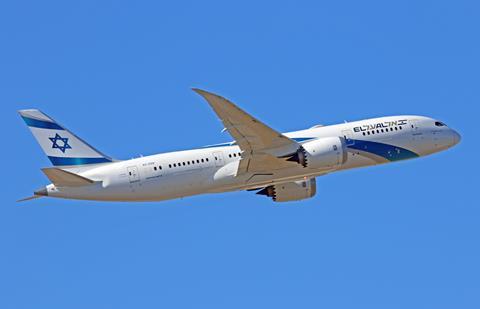 This is particularly critical in the case of the vast Jeddah FIR, encompassing Saudi Arabian airspace, the size of which serves as a barrier to efficient flightpaths between Israel and several Asian destinations.

Without Saudi transit, El Al flights to the UAE would need to fly a lengthy detour south along the Red Sea, doubling the distance.

The transit of Saudi airspace became a high-profile issue more than two years ago when Air India started operating to Tel Aviv from Delhi along a route which took it through the Jeddah FIR – provoking the ire of El Al, which complained about the distortion of competition given that the Israeli carrier was forced to operate a longer route.

Etihad Airways flew a landmark humanitarian service from Abu Dhabi to Tel Aviv on 19 May, using an Airbus A330-200.

The aircraft’s circuitous flightpath avoided Saudi airspace altogether, instead following the standard northern route along the Persian Gulf and through eastern Iraq before it eventually turned to head south, only approaching Israel in the final stage from the eastern Mediterranean.

Etihad’s A330 had carried an all-white colour scheme but the airline has since flown other similar flights on the route with aircraft in its full livery.

No details have been disclosed by the Israeli or UAE governments as to the conditions which might apply to commercial flights between the two countries, which carriers might be permitted to serve such routes, and how the services would operate. 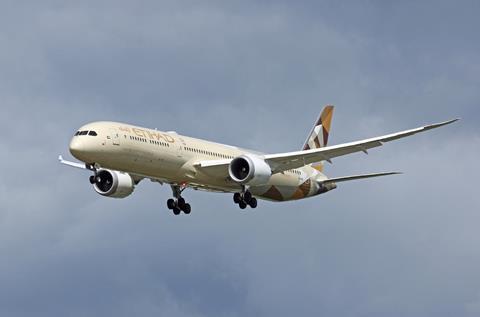 Emirates and Etihad Airways each currently skirt Israeli airspace while conducting services such as those from Beirut, in order to avoid the risks of operating through Syrian airspace.

Royal Jordanian routinely operates through Israeli airspace to Amman. The Israeli and Jordanian government signed a peace treaty in 1994.

Israel also has a treaty with Egypt, reached in 1979. There are air services between Cairo and Tel Aviv operated by the specialised carrier Air Sinai, which is a spin-off brand of EgyptAir dedicated to serving the route.

Air Sinai has started using all-white Airbus A220s for the Tel Aviv link, and has previously carried out the flights with Embraer 170s and Boeing 737s.