ANALYSIS: Russian Helicopters looks for growth path around US sanctions

The Ulan-Ude Aviation Plant, located in southern Siberia, has over its 80 year history produced hundreds of aircraft, from Lavochkin fighters to early Kamov helicopters – as well as more mundane items such as spoons, caskets and washing machines.

The Ulan-Ude Aviation Plant, located in southern Siberia, has over its 80 year history produced hundreds of aircraft, from Lavochkin fighters to early Kamov helicopters – as well as more mundane items such as spoons, caskets and washing machines.

Now current owner Russian Helicopters – which was formed to bring former Soviet design bureaus such as Kamov and Mil under one company, together with manufacturing facilities – plans to celebrate the plant's 80th birthday with a major Rb19 billion ($294 million) investment in its future. 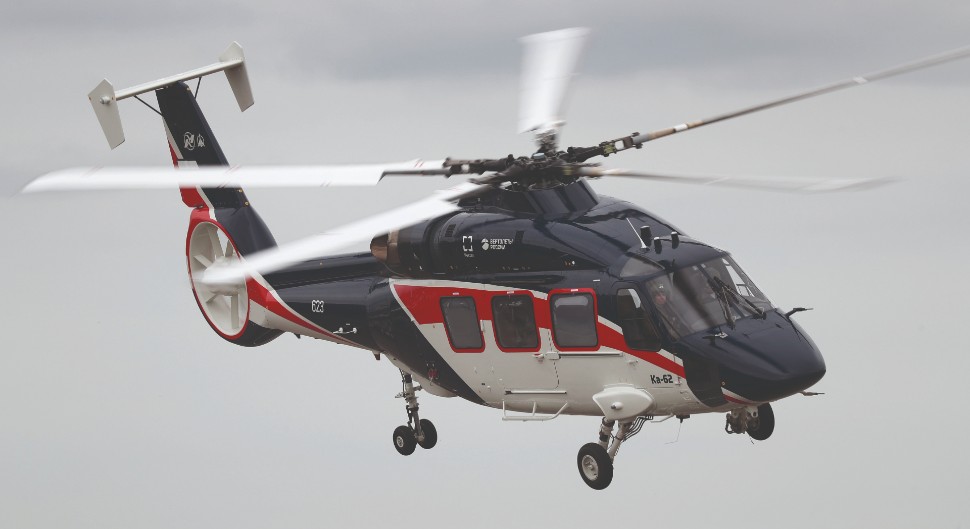 Ka-62 could be target for Western certification

These improvements are intended to support new orders and the assembly of new aircraft. The manufacturer is eyeing a deal for 200 Kamov Ka-226T utility helicopters from India, as well as future production of models currently in development such as the VR Technologies VRT500 – a light, single-engined helicopter with co-axial rotors – and a fully-composite variant of the Antonov An-2 biplane, renamed the TVS-2DTS.

These investments are all part of an effort to help Russian Helicopters become more competitive against Western rivals.

Over the past 10 years, the company has been battered by headwinds. Chief among these are Western sanctions, in particular the Countering America's Adversaries Through Sanctions Act (CAATSA) – imposed in response to Russia’s military involvement in the conflicts in Ukraine and Syria, as well as its alleged interference in the 2016 US elections – which have made potential customers wary of buying from the company. Soft oil prices, driven down by plentiful supply from US fracking operations, have also depleted the coffers of the airframer's biggest customer, the Russian government.

Annual production at Russian Helicopters peaked in 2013 at 303 units. Since then, output has fallen nearly 30%, to 216 helicopters in 2018, according to consultancy Forecast International. The company has managed to increase its total revenue by 11% over the past five years, to Rb188 billion, partly through growing its MRO business. However, revenue is down from a peak of Rb248 billion in 2017 – the year CAATSA came into effect.

With the Russian military expected to sharply reduce its yearly purchase of helicopters in the coming years, the airframer sees growing its revenue through other segments as vital.

“Over the previous [state armaments programme], the Russian government was ordering anywhere from about 80 to 90 military helicopters per year. On the upcoming one it's probably going to be a lot closer to 40.”

Russian Helicopters is either going to need to sell more aircraft other state customers, such as the Russian Ministry of the Interior, or make up for the reduced domestic orders with exports, Bisaccio says.

Getting around the USA’s sanctions on the export of Russian aircraft has proven tricky, however. A case in point would be the Philippines, which repeatedly expressed interest in buying 16 Mil Mi-171 utility helicopters. But fearful of the US restrictions, Manila instead opted for 16 Sikorsky UH-60 Black Hawks.

Within Russia, the sanctions and the opportunities lost because of them are a source of frustration. Dmitry Shugaev, director of the Russian Federal Service for Military-Technical Cooperation, said at the MAKS air show in August that they amount to “unfair competition”.

“They want to push Russia away from traditional markets, and create unbearable conditions, and not to give us a way into new markets,” he says. “The pressure is going up every day [on potential customers]. We see it every day and it is not a secret, not a secret for anyone.”

As a result, the country is falling back on old relationships and coming up with creative ways to evade the long arm of the US government.

Russian President Vladimir Putin has fostered relations with Indian Prime Minister Narendra Modi, furthering ties between New Delhi and Moscow that go back decades to the beginning of the Cold War. In 2015, India’s Defence Acquisition Council selected the light, twin-engined Kamov Ka-226T utility helicopter for a requirement of 200 helicopters.

As part of that deal, Russian Helicopters will assemble the first 60 examples at Ulan-Ude, while India's Hindustan Aeronautics will build the remaining 140 units at a plant in Tumakuru, about 60 miles (100km) to the northwest of Bangalore, the country’s aerospace hub. The offset agreement is part of Modi’s “Make in India” initiative. The manufacturer also is pitching 111 examples of a navalised version of the Ka-226T to the Indian navy.

Beyond India, target markets for Russian Helicopters include Asia and Africa. Particularly important countries in Asia include China, Malaysia, Thailand and Vietnam, and the company took its medium-twin Mil Mi-171A2 and light-twin Ansat helicopters on a Southeast Asian demonstration tour in 2018.

The USA’s sanctions can still make doing business with India, as well as other Asian countries, difficult for Russian companies. The issue slowed India’s first payments on the Almaz-Antey S-400 Triumf anti-aircraft system, as no Indian bank wanted to facilitate the transaction and be subject to US sanctions. In August, the two countries settled on a rupees-for-rubles payment scheme, reportedly using Russian state-owned bank Sberbank.

“We feel like some nations are more cautious,” said Victor Kladov, director of international co-operation and regional policy for Rostec, which owns Russian Helicopters, at the MAKS air show in August. “For instance, yesterday I talked to the Indonesian chief of the air force and he mentioned CAATSA, the US law. From what he says, I understand they receive threats.”

Indonesia’s proposal to barter palm oil, coffee and other locally-produced commodities for the Su-35s could help the country’s banks avoid sanctions, Bisaccio says.

Selling to customers in developing countries has other issues – in particular regulatory and acquisition processes that can be less straightforward than elsewhere. For example, the deal to jointly manufacture the Ka-226T with India has not been formalised, despite four years passing and recent one-on-one meetings between the countries' heads of state.

Russian Helicopters is eager to sign the contracts and has already started manufacturing parts of the helicopter’s aluminum airframe at Ulan Ude.

“We made the decision to start production to work on technology to shorten the production cycle,” says Sergei Solomin, head engineer at Ulan-Ude.

The airframer is also awaiting approval from the Indian government to deliver its first export example of the Mi-171A2 to Indian company Vectra Group. The contract was signed in 2017 and the upgraded version of the Mi-8/17 was supposed to be handed over in 2018, but it has still not been approved by India’s safety regulators. 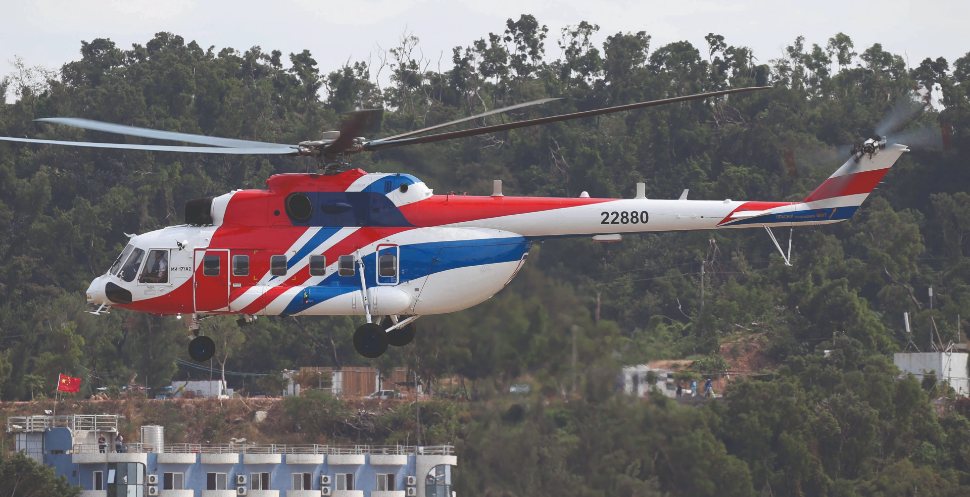 Solomin says all of the appropriate paperwork has been filed and the helicopter is ready for delivery, but an official handover date has yet to be confirmed.

With only one aircraft with Western airworthiness approval – a European Union Aviation Safety Agency (EASA) and a Federal Aviation Administration type certificate for the medium-class Ka-32A11BC – Russian Helicopters is cut off from potential buyers in more liberal markets like the USA and Europe.

However, Russian Helicopters is trying to improve its product quality and is aiming to break into Western markets. The company plans to submit its VRT500 and medium-twin Ka-62 for certification with EASA. The latter is powered by Ardiden 3G turboshafts from France's Safran Helicopter Engines.

The manufacturer also points to its billions of rubles of investment in its Ulan-Ude plant and notes that it is fostering a legacy of aerospace know-how that goes back to 1939, when the plant got its start repairing aircraft.

Ulan-Ude started manufacturing aircraft in 1941, chosen by the Soviet Union for its distance from the front lines of the Second World War, the region’s more than 300 clear days of flying per year and the abundance of pine trees in the surrounding forests of Siberia – used to build the wooden Lavochkin La-5 and La-7 fighters.

To date, the Ulan-Ude plant has built more than 4,000 Mi-8 helicopters. It now produces several helicopters of the Mi-8/17 family: the commercial Mi-8AMT and Mi-171, and the military Mi-8AMTSh and Mi-171Sh. The manufacturer says the Mi-8/17 is its most popular helicopter, with more than 600 delivered over the past five years.

The plant is preparing to ramp up output of the new upgraded Mi-171A2 and, should everything go to schedule, the VRT500 light-single will roll off the line in 2023.

The company also announced on 11 October that it plans to merge its two famous design bureaus, Mil and Kamov, into one unit, to be called the National Helicopter Center. The consolidation is to rid administrative, legal and economic barriers that are blocking co-operation between the two rival design teams, it says.

Though Russian Helicopters is eagerly looking to the future, relics from the Soviet era remain at its Ulan-Ude plant. Atop one of the site’s office buildings a hammer and sickle plaque is prominently displayed. A fondness for vertically integrating its manufacturing operations, right down to making helicopter canopy transparencies locally, comes from the operation's communist past, says Solomin.

Risk tolerance is also greater. About 10% of parts on every helicopter are made of magnesium, including rotor vibration dampers, says Solomin. American and European manufacturers avoid magnesium because it is highly flammable.

“We are moving away from magnesium to aluminium and aluminum composites,” says Solomin. “We have been using magnesium safely for many years.”

One area the company is working hard to change is its MRO business, where it is growing revenue substantially, reversing a previous reputation for poor aircraft support.

“When it comes to Russian Helicopters, they are also competing with a lot of the suppliers in Eastern Europe that once were part of the Soviet Union, or connected to the Soviet Union, that can offer these sorts of services or parts a lot cheaper,” says Bisaccio.

Still, the MRO business has become a big contributor to the company’s top line. MRO revenue grew from 12.7% of revenue in 2014 to 31.8% of revenue in 2018, totaling ‭60 billion rubles ($927 million), according to Forecast International.

Russian Helicopters credits MRO revenue growth to signing performance-based logistics support contracts; the launch of its 24/7 customer support centre, called Tempo; the addition of ground support equipment rentals; as well as the introduction of a web portal that hosts operational and maintenance documentation, and service bulletins.

“That's illustrative of Russian Helicopters moving towards this model, where they're able to provide more services and a broader range of services for their customers,” says Bisaccio. “It's also indicative of what customers are looking for. [They’re] expecting those services when they're evaluating aircraft.”

Corrected on 29 October: Dmitry Shugaev is not the director general of military export agency Rosoboronexport. He is the director of the Russian Federal Service for Military-Technical Cooperation.