Demand for air cargo deliveries declined in June for an eighth consecutive month, according to IATA's latest report, which cites US-China trade tension as a contributing factor.

“Global trade continues to suffer as trade tensions, particularly between the US and China, deepen," says IATA director general Alexandre de Juniac. "Nobody wins a trade war. Borders that are open to trade spread sustained prosperity. That’s what our political leaders must focus on."

In May, IATA decreased its full-year 2019 air cargo demand growth forecast from 3.7% to 2% year-on-year, reflecting what de Juniac called trade protectionism and anti-globalisation rhetoric. Demand for air freight stopped growing in November 2018, marking the first month since March 2016 that it did not increase.

Airlines in North America saw demand shrink 4.6% year-on-year as FTKs to Asia-Pacific markets declined 5% amid the trade tensions between Beijing and Washington, DC. Europe-based airlines reported a 3.6% decline in FTKs for the period, while Latin American carriers faced a 1% decline in demand for air shipments in June.

Only airlines in Africa reported cargo growth during June, as demand increased 3.8% year-on-year amid rising traffic with Asia, making Africa the strongest air cargo market for the fourth consecutive month.

A contributing source of political uncertainty that is slowing trade growth during the past year has been President Donald Trump's on-and-off trade negotiations with China, punctuated by threats of tariffs on goods imported from that nation, say financial analysts.

On 1 August Trump announced, via Twitter, a 10% tariff on $300 billion in goods and products coming from China to begin 1 September. This would add to a 25% tariff on $250 billion worth of goods.

China on 5 August responded by allowing its yuan currency to weaken, which could offset some costs they would face under rising tariffs. The People's Bank of China has blamed the currency shift on “unilateralism and trade protectionism measures and the imposition of increased tariffs on China”.

The US Treasury Department responded later that day by labeling China a currency manipulator. These moves sent stocks falling, resulting in the worst day of 2019 on 5 August for the S&P 500 index.

Uncertainty about the UK plan to exit the European Union has not had the same disruptive effect on global air freight as tensions between the USA and China, says analyst Helane Becker of Cowen Equity Research.

Tensions with China are causing the most disruption because of low cost for manufacturing labor, Becker says in an interview.

"We are seeing wage rates and higher transportation costs pressure margins in the Asia–US trade lane, so we have actually been seeing manufacturing shift to Taiwan, Vietnam, Indonesia, Sri Lanka and India," Becker says. "It is difficult to build new facilities quickly, so we haven’t seen that yet. We are seeing a slowdown in capital spending and companies are concerned about over-investing heading into a possible recession. Finally, we believe a lot of shippers shipped ahead of tariffs, and every time there is talk of more tariffs, goods get rerouted and sped up to avoid the latest group of tariffs."

The slowdown in air cargo "will likely continue for some time" amid signs that global growth is slowing and the Trump administration's trade standoff with China, Eisenbeis says.

"The Trump trade war is finally beginning to have an impact on exports and imports of the kinds of goods most likely to ship by air cargo, like flowers, medicines, electronics, certain auto parts, for example," he says. "Early on, the tariff impacts were on products like steel and aluminum, refrigerators and washers, which are not likely to ship via air cargo."

All-cargo airlines are expressing optimism about long-term demand for air freight owing to growth of e-commerce, but caution that trade tensions could damage broader air freight traffic during the coming quarters.

Atlas Air Worldwide Holdings chief executive William Flynn during an earnings call on 1 August adjusted the company's forecast for adjusted annual net income for 2019 to be 80% of last year's $204 million amid "near-term headwinds" for the air cargo industry. 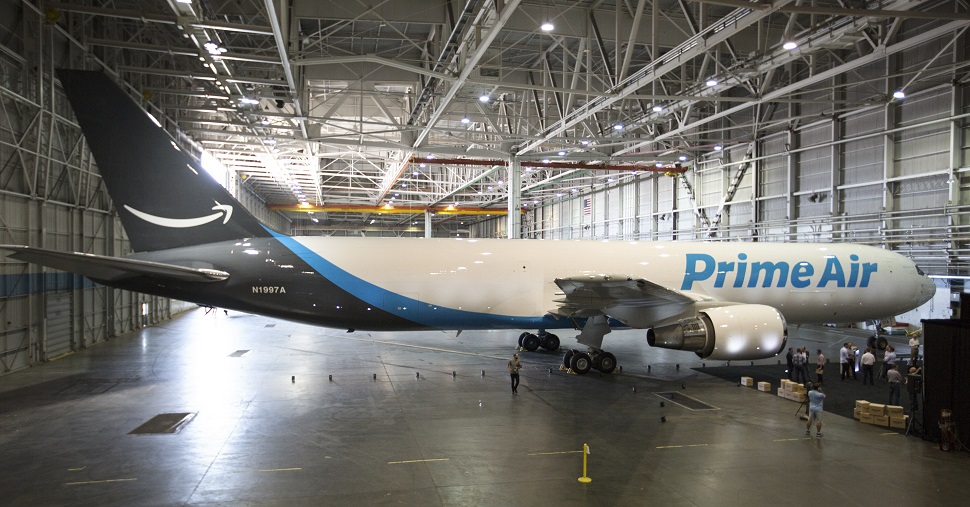