Aviation has 'no hope' of carbon-neutral growth: study

Oil demand for aviation is set to grow faster than for any other sector through 2040, leaving no hope for the industry to achieve its goal of carbon-neutral growth after 2020 without offsets from other sectors, the International Energy Agency has warned.

The problem, says the agency, is that improvements in aircraft fuel efficiency cannot counter emissions from increasing air traffic without access to far greater volumes of advanced biofuel than can be produced.

This forecast from the IEA in its World Energy Outlook report, covering the period to 2040, is based on conservative growth assumptions. The agency expects global revenue passenger-kilometres (RPKs) to rise at a rate of 3.9% a year, to more than 16 trillion in 2040. That figure is comparable with IATA's assumption of 4.1% growth but far short of the 5.0-5.5% expected by Airbus, Boeing and ICAO.

The IEA's expectations of aircraft fuel-efficiency improvement are broadly in line with the aspirational ICAO target of 2% improvement globally from 2021 to 2050. But while total aviation fuel demand has been rising by only a third as fast as RPKs over the past 15 years – owing in part to the advent of more fuel-efficient aircraft with more seats – it is to grow at half the rate of RPKs in the years to 2040, eventually reaching nine million barrels a day. 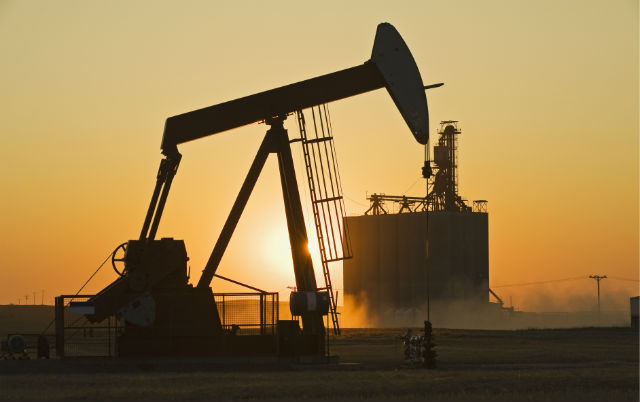 More broadly, the IEA expects that crude oil supply and demand will balance to push prices up to $80/barrel in 2020, up from around $50 today. But, the agency adds, the current response of OPEC producers including Saudi Arabia to protect or even increase market share by maintaining high levels of production despite low prices is driving high-cost producers – including those in offshore regions such as Brazil, and the US shale-oil industry – to cut back on investment.

One result, as is well known in the aerospace industry, has been a slump in orders for the helicopters that service offshore oil rigs. But, the IEA notes, this slowdown of investment in new oil-production capacity could so dramatically push market share towards the low-cost OPEC countries that world oil prices remain for much longer at their current levels.

IEA executive director Fatih Birol argues that while a "$50 world" may seem like good news for consumers, a serious energy-security risk is posed by having as much as 75% of world oil production coming from the often-unstable Middle East.

One region which represents a significant share of forecast RPK growth – Asia, including India – is "particularly vulnerable" to any oil-supply shock, adds the IEA.

While he regards that "$50 world" as an unlikely prospect, Birol warns that low prices would also slow the momentum towards development and adoption of alternative energy sources and fuel-efficient technologies. In aviation, he says, a low-price scenario would reduce the average increase in global fuel efficiency by 0.1% a year.