The National University of Singapore will soon be seeing unmanned air vehicles flying over its campus, as Airbus Helicopters and the nation’s aviation authority team up to trial parcel delivery at the site.

A memorandum of understanding has been signed between the aircraft manufacturer and the Civil Aviation Authority of Singapore (CAAS), which will result in trials under the Skyways experimentation project.

One proof-of-concept trial will include setting up a network of parcel stations on the university’s campus, which will then be used to send documents and other urgent items via UAVs to other parts of the campus.

A successful first trial could lead to a second phase that would test UAV delivery of emergency medicine, oil samples and electronics spares from a similar parcel station on the coast of Singapore to ships anchored at bay.

The project is looking to develop an airborne infrastructure to “address the sustainability and efficiency of parcel delivery in large urban environments”, Airbus and the CAAS say. 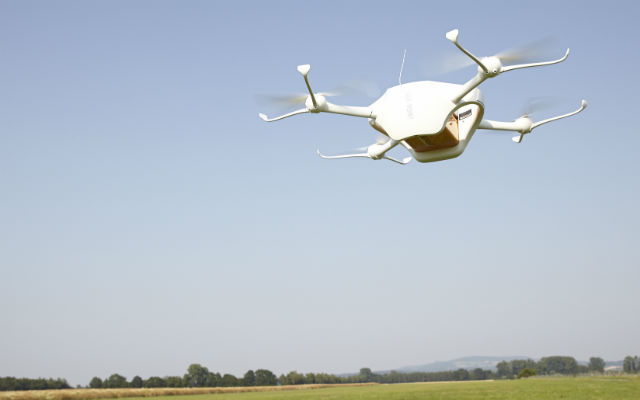 Swiss Post is using the Matternet One UAV for delivery trials

Parcel delivery is a popular application that has been determined for UAVs but only small demonstrations have so far been carried out internationally, largely due to regulatory issues surrounding airspace. Amazon, DHL, Google, La Poste and Swiss Post are among those that have launched UAV delivery projects in recent years.

Airbus has also announced it intends to set up a “special purpose company” in Singapore to conduct the Skyways project. This falls under an initiative of the UAS committee: an inter-agency effort set up in 2015 to facilitate the integration of UAVs in Singapore, and which is chaired by the Ministry of Transport.

“We need to prepare for the greater use of unmanned aircraft in our urban environment to help address the new and future needs of our society,” Kevin Shum, director-general of the CAAS, says.

“We want to facilitate their use by industry and the public sector, and also hobbyists, but we must at the same time ensure that the regulatory regime keeps apace with these changes to enable such uses, whilst ensuring public and aviation safety and security.”

The memorandum was signed by Shum and Jean-Brice Dumont, executive vice-president of engineering at Airbus Helicopters, on 17 February, during the Singapore air show.