Airbus's Silicon Valley-based advanced projects unit A³ has started flight tests with an autonomous vertical take-off and landing aircraft that has been designed to serve as an air taxi for a single passenger.

Called Vahana, the electrically powered aircraft features eight rotors that are installed on four tilting wings around a passenger cabin on skids.

Airbus says the “fully self-piloted” aircraft took off for a first hover flight of 53s on 31 January up to height of 5m (16ft) “before descending safely”.

Despite the short duration, the test represented a “great accomplishment in aerospace innovation”, states project executive Zach Lovering. He adds: “Vahana took a concept sketch on a napkin and built a full-scale, self-piloted aircraft” that has completed its first flight in “just under two years”. 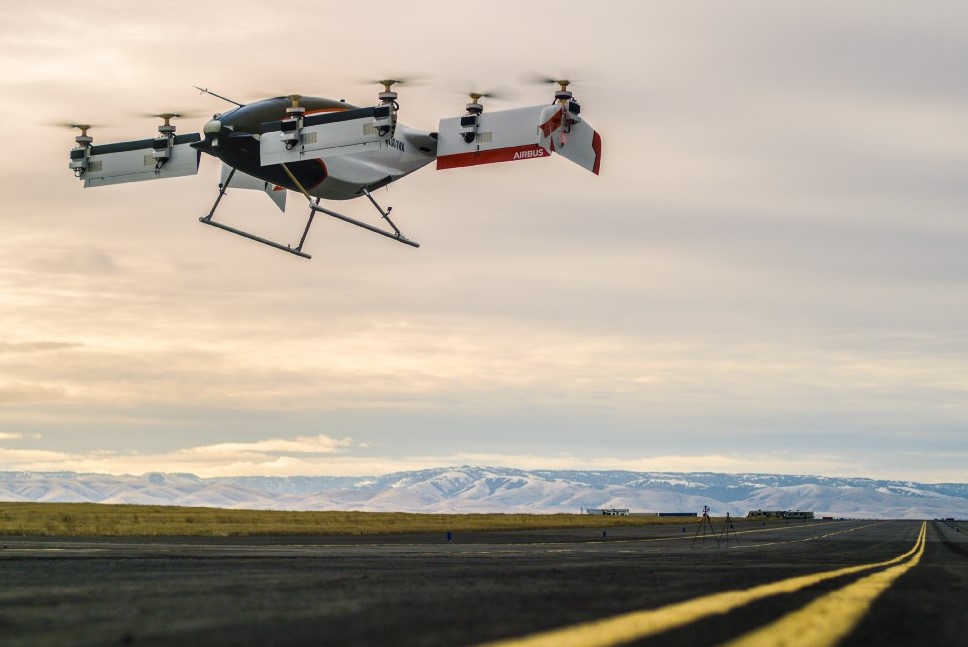 The trial was conducted at an airfield in Pendleton, Oregon – which is dedicated to testing unmanned air systems. The aircraft subsequently completed a second hover flight, Airbus says.

Tilting the wings to transition to forward flight will be covered in later tests, the airframer notes.

A³ chief executive Rodin Lyasoff says: “We can deliver meaningful innovation with aggressive project timetables, to provide a real competitive advantage for Airbus.”

Vahana is one of two air taxi programmes being undertaken by the manufacturer: Airbus Helicopters is also leading the CityAirbus project with a first flight due later this year.