Northrop Grumman has unveiled the first of five RQ-4B aircraft for NATO’s Alliance Ground Surveillance programme at a ceremony in Palmdale, California – a milestone on the multinational effort that has been 20 years in the making.

The aircraft, a derivative of the Block 40 Global Hawk operated by the US Air Force, is the radar-carrying airborne surveillance component of a far larger intelligence-gathering apparatus that includes fixed and mobile ground control stations and an advanced “PED” data processing, exploitation and dissemination element. 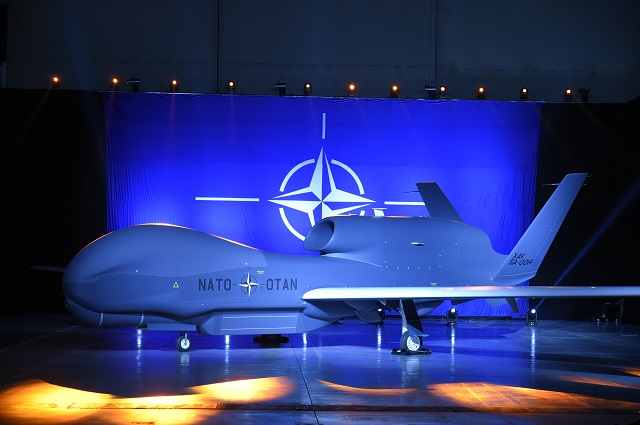 The requirement for a Global Hawk-based system was established in 2008, and at the 2012 NATO Chicago Summit a $1.7 billion programme was established and a contract awarded to a global industrial team lead by Northrop that includes Airbus Defence & Space (Germany), Selex ES (Italy) and Kongsberg (Norway). 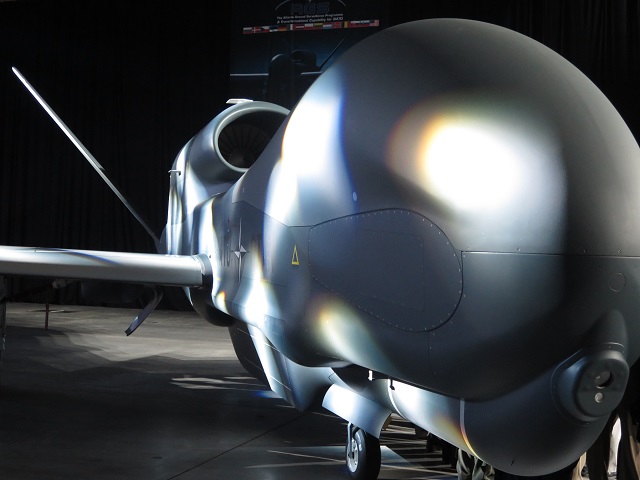 According to NATO AGS officials, the 4 June aircraft unveiling is just the start of a complex integration and certification effort that represents the hardest remaining 10% of the procurement and delivery process.

The first flight of NATO-1 is due in August or September, says Jim Edge, general manager for the NATO AGS Management Agency. He says airworthiness certification will be a challenge and will not be granted automatically, since some of the equipment on the aircraft differs from what is onboard the USAF's Global Hawks.

Italy's airworthiness authority, which has a team in California, will certificate the NATO AGS type. The process will be akin to Luxembourg’s certification of NATO’s E-3 Airborne Warning and Control System.

“With every system that’s tried and true like the Global Hawk, you’d think things go like clockwork and everything’s going to be just normal. It’s not,” Edge explains. “We’re putting NATO-unique systems on the NATO AGS birds that are not what’s on the US Air Force birds – things like Link 16, different radios, and a wide-band datalink.

“We’ve got to make sure that those new systems are compatible from a safety of flight standpoint.” 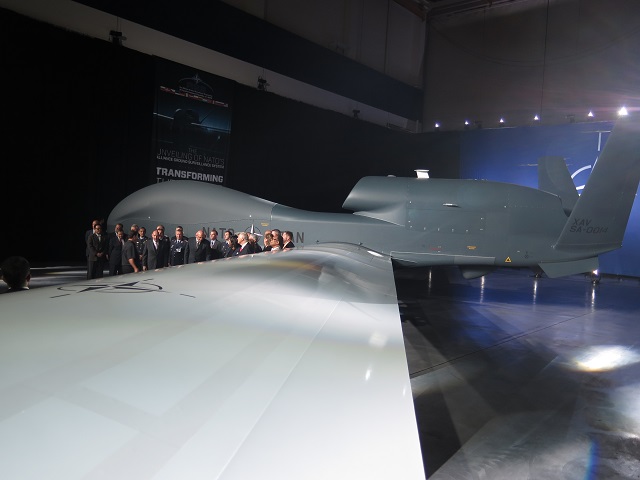 NATO-1 will move across the Atlantic in 2016 to its main operating station at Sigonella air base in Sicily, Italy. The system should be operational by 2017, and full operational capability is expected the following year as the programme transitions to operations, sustainment and upgrade.

How NATO acquires weapons is complex at best and at worst, impossible, since programmes are funded by multiple member nations – each with their own political, industrial and budgetary agendas. Securing this first unmanned aircraft and the four that will follow took the support of some 15 “nations of the willing” for the development and production phase. Twenty-eight nations in total have signed on to operate and support the aircraft.

The original requirement for the Global Hawk, set in 2008, called for eight aircraft but the number dropped to five in the final agreement. The procurement of additional Global Hawks would need another multinational agreement with signatures, and money, from each NATO participant.

Five aircraft “is what we have on the books right now, and once the system is given over to SHAPE (Supreme Headquarters Allied Powers Europe) their military requirements and their operational needs and regulatory needs may drive changes,” says Edge.

“The original requirement was an eight-aircraft fleet, and as nations withdrew from the programme and as we started to get down to the nations of the willing, that’s where we ended up with the five,” says Matt Copija, Northrop’s NAO AGS programme manager. “From an operational standpoint, we have two orbits. One of the worst-case scenarios is you have two aircraft on for 30 days, and that drives your number of eight. Yes, we will be ready and more than willing to procure three more of those aircraft to get that eight.”

The AGS system is the latest iteration of the Global Hawk, which conducted its first combat operation in 2001. The primary NATO AGS sensor, the multi-platform radar technology insertion programme payload, provides surveillance imagery and moving target data to force commanders in Europe and around the globe. The aircraft takes off and lands autonomously and travels via waypoints for more than 30h.

The USAF owns more than 30 Global Hawks in the Block 20, 30 and 40 configurations. The US Navy is acquiring a maritime surveillance version called Triton. 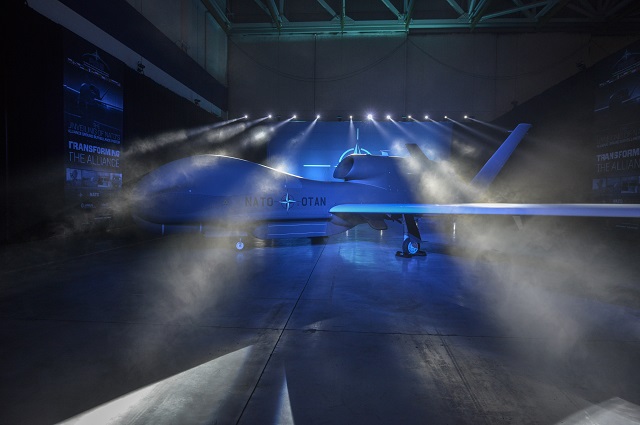