The company is also redesigning its namesake aircraft to accommodate increased production and quick-swap payloads. The manufacturer, formerly known as Vanilla Aircraft, is pushing hard to be ready to scale up production to up to as many as 24 units in 2020 on the 001 model after the company was purchased by a joint venture formed by Platform Aerospace and Sechan Electronics in May 2018. 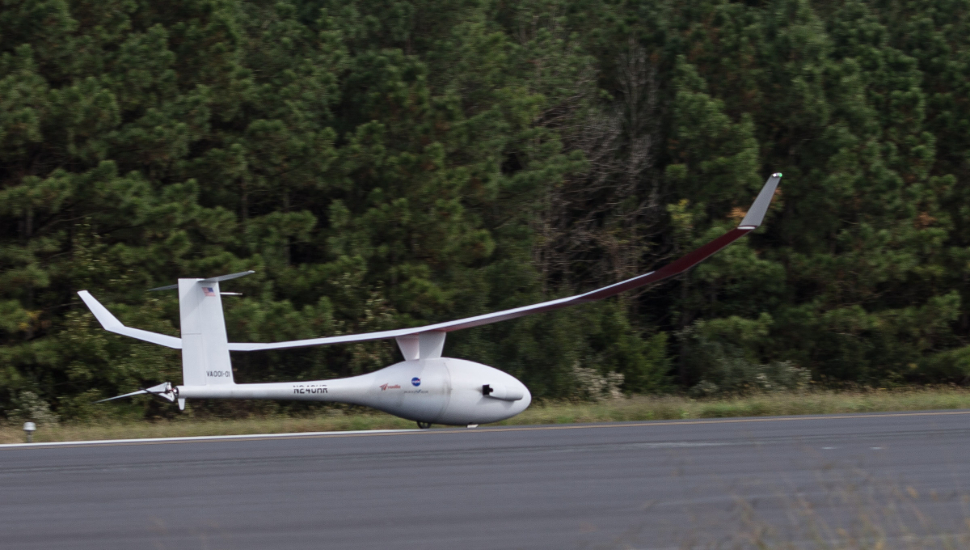 “We are trying to modularise the aircraft. Right now, we have 10 plus days of fuel and about [14kg (30lb) to 23kg] of payload,” says Tim Heely, president of Vanilla Unmanned. “Some customers say, ‘I don’t need 10 days, I need five days. I want to carry [36kg] of payload.’ Well, the current configuration won’t allow you to do that. Okay, we’ll take out part of my fuel tank and put in sensors.”

In order to support increased production, the company has also redesigned its 001 model to make it easier to produce in larger quantities. For example, the original model’s carbonfibre shaft and propeller were handmade, but are now being manufactured by experienced outside contractors.

For its part, SOCOM wants Vanilla Unmanned to design a VTOL version of the 001 that would use wing-attached rotor booms to gain vertical lift.

“There are a lot of requirements coming out where you have to take off in a [61m x 61m (200ft x 200ft)] box and they want up to three days of endurance,” says Michael Seal, chief operating officer of Platform Aerospace. “This is a design effort over the next 12 months to see if it’s feasible. If that is do-able then we will go into production this time next year on a VTOL version.”

Vanilla Unmanned’s other customers are the Office of Naval Research and an unmanned US government entity.

The Office of Naval Research is testing a concept where the Vanilla 001 would linger over an area of interest for days at a time, passing back intelligence, surveillance and reconnaissance information to soldiers equipped with Raytheon Coyote loitering munitions, which could attack identified targets.

Vanilla Unmanned declines to name its third customer, but says that client wants a set of UAVs that can stay on station for 30 days continuously - a requirement the company believes can be accomplished with as little as three 001 aircraft flying overlapping 10 day missions.

Vanilla Unmanned has yet to fly a 10 day mission with its 001 aircraft, though it believes it is possible given the results of its previous tests, including a five day flight test in 2017. Enabling that long-endurance flight is a non-UAV engine, which burns 0.6 litres of fuel (0.17USgal) per hour.

“That’s one of our secret sauces,” says Heely. “The real magic of this airplane is we had three designers design this aircraft around that engine.”