Following its transit of the Malacca Strait followed by a passage of Singapore on 27 July, the Royal Navy (RN)-led task group transited the Luzon Strait and entered the Philippine Sea, according to social media posts. 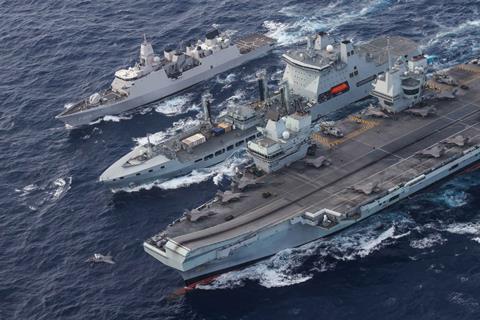 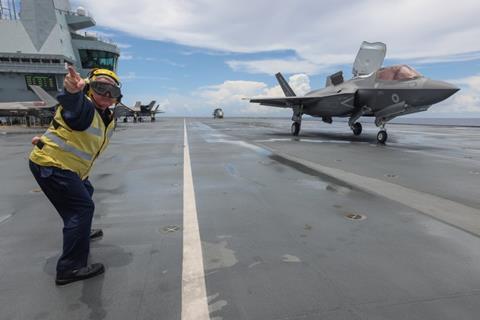 A Royal Air Force F-35B is cleared to launch 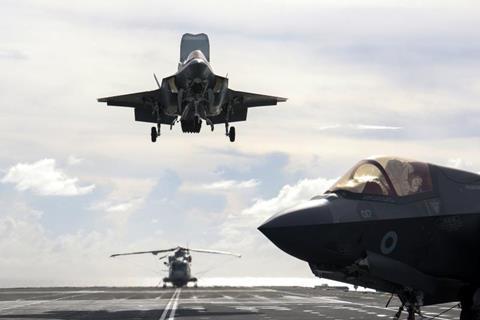 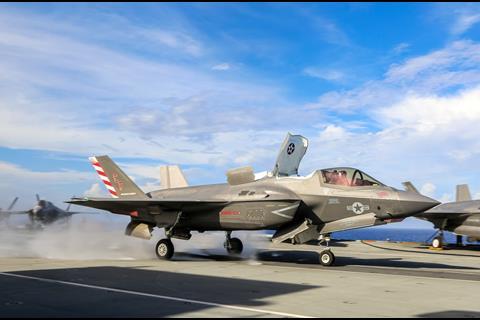 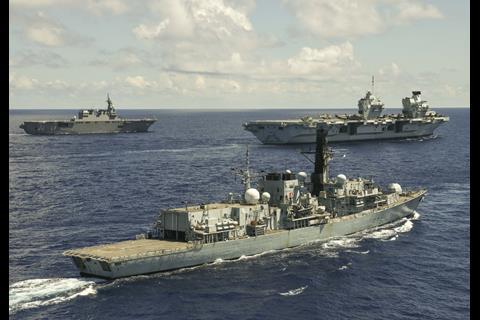 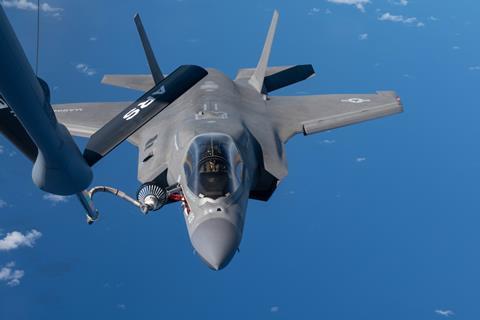 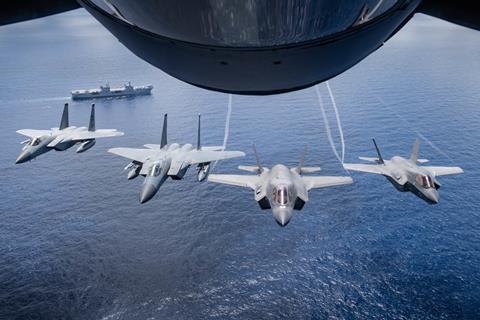 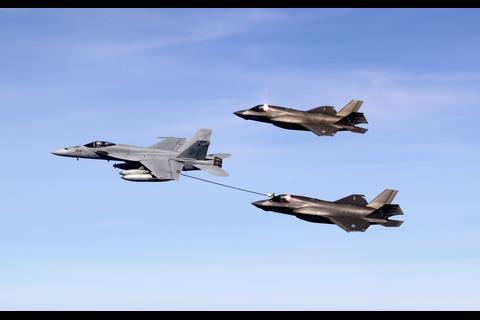 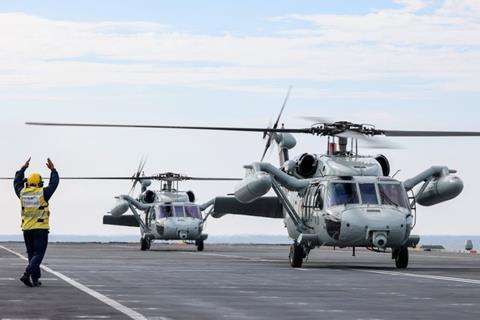 In addition to the 65,000t aircraft carrier Queen Elizabeth, the strike group comprises RN surface combatants and support ships, as well as a US Navy destroyer and a Dutch frigate.

The highlight was the triennial Large Scale Global Exercise 21, a US-led event that ran from 2-27 August, incorporating all branches of the US military, in addition to forces from the UK, Australia and Japan.

The exercise saw a USMC F-35B from VFMA-211 launch from Queen Elizabeth and land on the assault ship USS America, where it loaded ordnance, refuelled, and took off to perform follow-on objectives.

“This mission was the first time in modern history the United States has cross-decked aircraft for a mission utilising a foreign aircraft carrier, demonstrating naval partnerships in action,” says the USMC.

The Queen Elizabeth in the South China Sea

In addition, the US Air Force published images of VMFA-211 F-35Bs receiving fuel from Boeing KC-135s operating from Japan’s Kadena air base.

The exercise also saw helicopters from the various navies “learn to operate seamlessly with ships from allied nations”.

Queen Elizabeth is on a seven-month global deployment after departing Portsmouth in southern England on 22 May.