Russian president Vladimir Putin has committed to a significant expansion of the Sukhoi Su-57 fleet operated by the country’s air force.

During a meeting with defence chiefs and industry representatives on 15 May, Putin said the air force required three full regiments equipped with the Su-57 by 2028. At present, Moscow is contracted to buy just 16 examples by 2027, he says. 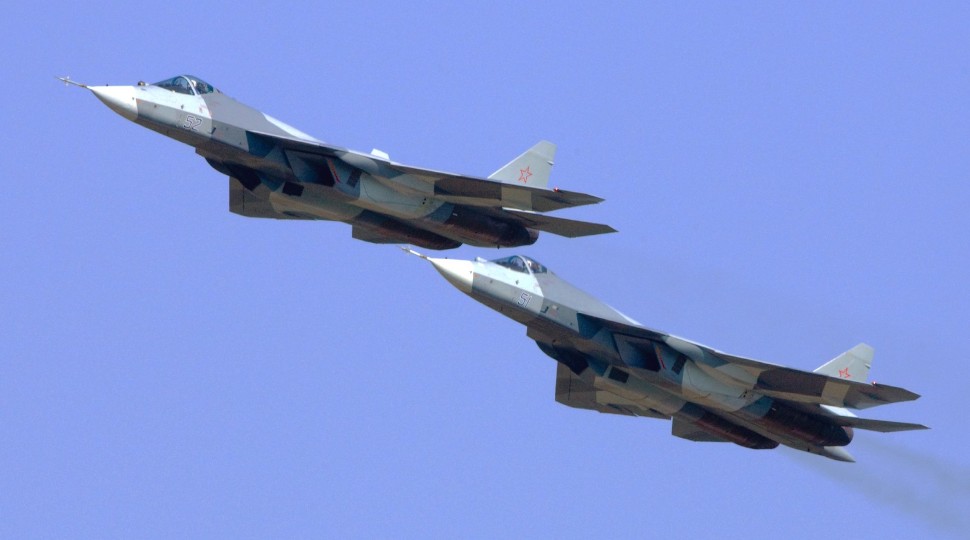 However, Putin says that the manufacturer has agreed to reduce costs by 20%, enabling the acquisition of “many more combat systems of this class”.

“We agreed that we would purchase 76 aircraft of this type without an increase in costs during the same period,” he says.

“I hope the adjusted plans will be carried out and that a contract for a packaged supply of 76 fighters with modern weapons and supported by the upgraded ground infrastructure will be signed soon.”

Putin also called for upgrades to Russia’s current fighter and bomber inventory, noting that the Tupolev Tu-22, Tu-95 and Tu-160 should all in future be capable of carrying “advanced cruise missiles and other powerful weapons”.

In addition, the army should receive 100 upgraded Mil Mi-28NM attack helicopters by 2028, he says.