Defence experts have dismissed the significance of the UK’s intervention against Islamic extremists in Syria, claiming that the worth is “minimal”, and was only decided on to provide the government with a political advantage.

Giving evidence before the House of Commons Defence Select Committee on 19 January, Jonathan Shaw, former assistant chief of defence staff for global issues, said that the Commons vote on the intervention on 2 December was “highly legalistic” and politically motivated, with little benefit to the mission that was previously being carried out by the USA and France.

“The tactical significance of UK bomb strikes has been minimal,” he says. “I’d be surprised if ISIL [Islamic State of Iraq and the Levant] has noticed the difference.”

Prior to the offensive intervention, the Royal Air Force was carrying out intelligence and targeting sorties in Syria, which Shaw claims meant the UK was already legally and morally involved in the mission.

In other theatres, a move towards air strikes would have only required a simple change in the rules of engagement, Shaw says, demonstrating that the vote in the Commons and the subsequent air strikes in Syria were just to prove the UK would step up and be involved.

“There are more air assets in the coalition than we know what to do with,” he adds, noting that the move into Syria has not affected the mission in Iraq.

In order to take territory, ground forces are required, and Shaw notes that most of the ground that the coalition touts as being reclaimed was done so by Peshmerga forces.

If the coalition were to fully support the ground element of the intervention, it would have deployed aircraft more suited to that mission, notably the British Army’s Boeing/AgustaWestland Apache AH-1 attack helicopters with forward-firing weapons, Afzal Ashraf, consultant fellow for the Royal United Services Institute, adds. 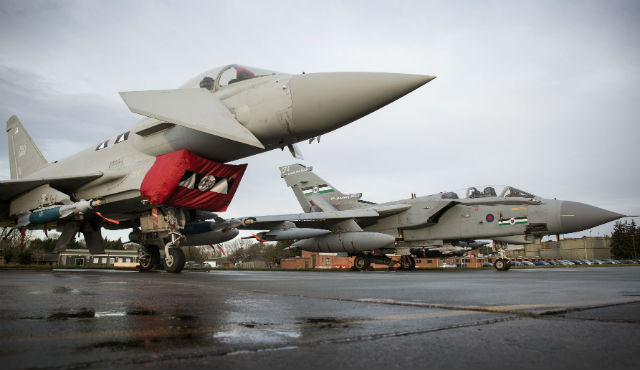 Ashraf says that stressing the supposed number of targets hit by the government is arbitrary, as the number of bombs dropped does not equate to a successful mission.

Instead, the Panavia Tornado GR4 and Eurofighter Typhoon fleets will simply “exhaust themselves, and the crew”, he adds.

Ashraf notes that the coalition air strikes have led to ISIL dispersing and travelling in tunnels, and more intelligence is needed by opposing forces to understand the tactics of the militants.

He adds that it would be surprising if ISIL was not employing decoys to trick the coalition into air strikes on the wrong targets, because economic draining of the opposition would be an advantage to them.