The Swedish armed forces marked the retirement of the nation’s last Airbus Helicopters AS332 Super Puma on 14 October, with the locally designated HKP10 leaving use after 27 years of service. A retirement ceremony was held at the F21 air base in Luleå, where the helicopter entered Swedish service in 1988.

Since March 2013, the Swedish Armed Forces Helicopter Wing has gradually withdrawn its remaining Super Pumas from service, while ramping up operations with its NH Industries NH90s (locally designated as the HKP14) and Sikorsky UH-60M Black Hawks (HKP16s).

A final flight with the last remaining Swedish Super Puma – an HKP10D registered 10407 – is planned for late October, after which it will be placed into storage and offered for sale. 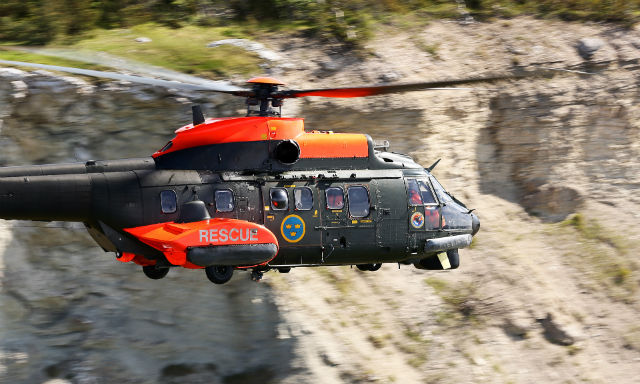 Stockholm introduced a total of 12 AS332s, with the fleet having supported domestic operations and also provided medical evacuation services in Afghanistan prior to the Black Hawk's introduction to service.

Six HKP10A/D airframes and associated spare parts are being offered for sale via Sweden's FXM defence and security export agency. Two HKP10Bs have been earmarked for aviation museums in Sweden, while a third B-model example has been relocated to the armed forces technical school in Halmstad.

Flightglobal’s Fleets Analyzer database records Stockholm’s other three Super Pumas as having been destroyed in accidents in 2000, 2003 and 2005.