As part of a modernisation contract with the US Air Force, enhancements to the UAV include the ability to divert to another airfield, fly in stronger crosswinds and land with greater maximum weight, the company said on 25 June. 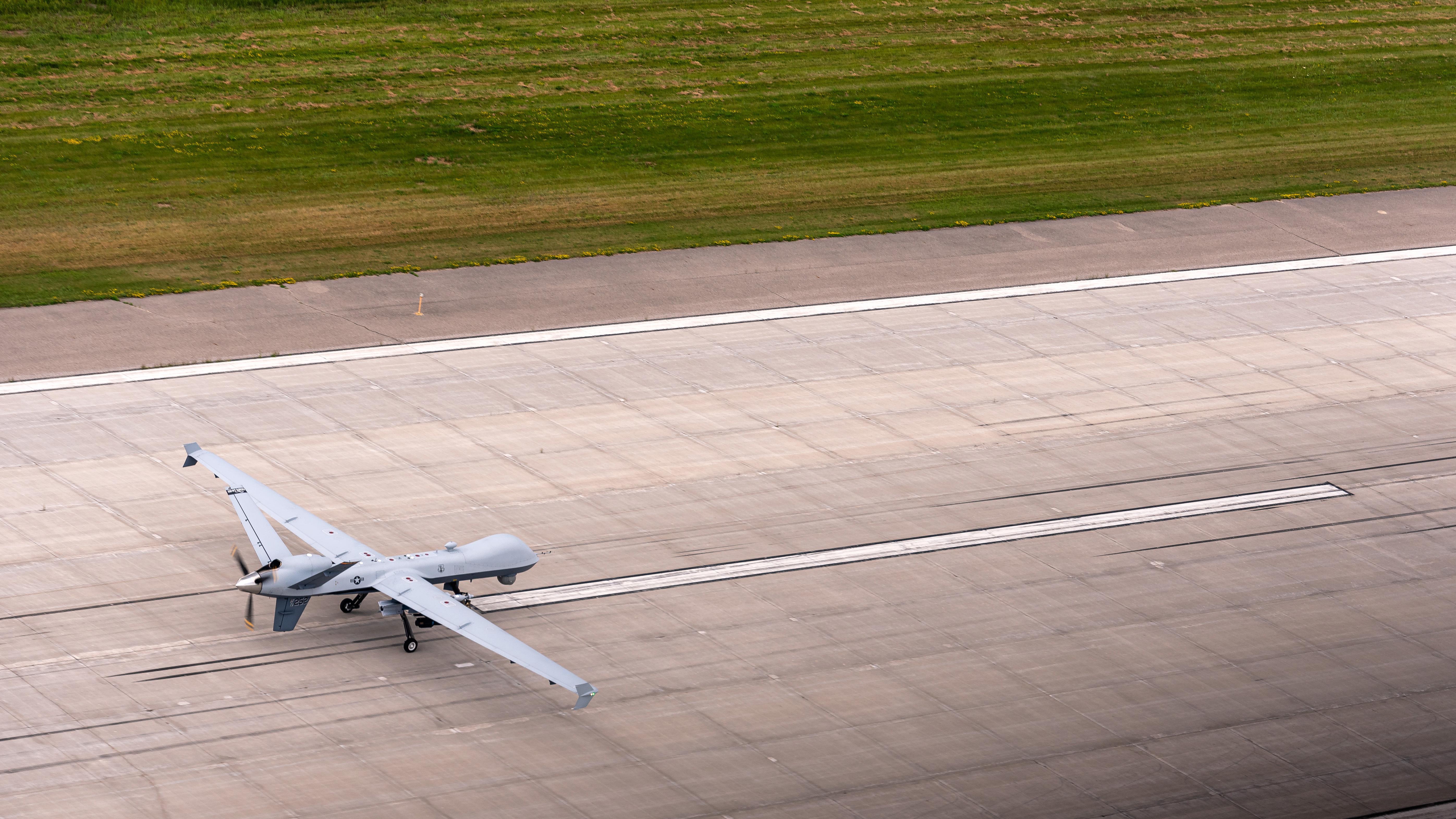 “This achievement will enable operational MQ-9As to land at alternate airfields, on their own, in case of inclement weather, changing mission requirements or damaged runways,” says General Atomics Aeronautical president David Alexander. “These upgrades will improve mission effectiveness tremendously.”

The ability of MQ-9As to land at alternate airfields would not require a ground control station to be present locally, but would instead use satellite communication controls.

“With the divert landing enhancement, the remote pilot can enter the new landing area coordinates to automatically land at the selected location, or the pilot can overfly and self-survey the divert airfield’s runway using the MQ-9A’s multi-spectral electro-optical/infrared sensor to obtain coordinates for automatic landing,” says General Atomics.

“Once uploaded to the mission profile, the MQ-9A aircrew enables the [automatic take-off and landing] system, which allows the aircraft to automatically manoeuvre itself into a landing pattern and make the automatic landing.

General Atomics notes the enhancements could reduce the number of crew required to operate MQ-9As. Without needing a ground control station at a landing strip, the UAV could be flown long distances to its area of operations, where it could be armed and fuelled by local non-specialised personnel.

Update: The article was changed on 26 June with the locations of the demonstrations.