Mexican airline Interjet's attempt to step back from remarks that it is considering selling its Sukhoi Superjet 100 fleet is the latest development in a five-year-long service history that has been marked by operational challenges.

Since starting revenue service with the SSJ100 in 2013, the airline has encountered several difficulties, including weeks-long repairs to fix defects and the cannibalisation of four aircraft for parts to keep its remaining examples flying. 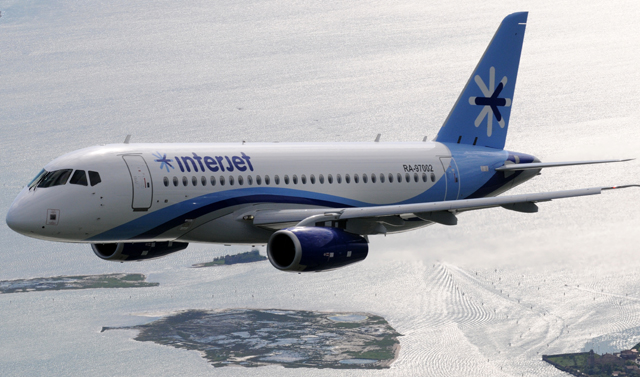 Interjet was compensated almost $40 million in the second quarter for contractual recovery of maintenance expenses related to the SSJ100 fleet, but it appears that is not enough for the airline.

Chief executive José Luis Garza told FlightGlobal on 11 September that the carrier is in talks with Sukhoi, confirming Mexican media reports that its SSJ100s could be sold. He describes the process as "an amicable negotiation".

The airline tried to water down Garza's comments a day later, saying that it plans to continue operating the aircraft, and claiming that the talks with Sukhoi are directed at "improving Interjet's competitive market position".

Interjet, the lone SSJ100 operator in the Americas, has been upfront about why it opted to acquire 30 of the Russian-built aircraft in the first place. Garza previously told FlightGlobal the carrier had negotiated a "sweet deal", with the capital cost of 10 aircraft about equal to the pre-delivery payment for one Airbus A320.

Even as difficulties with the aircraft cropped up, Interjet had downplayed the problems, going as far as calling the SSJ100 a "money-making machine".

But with a major compensation payment already received and potentially more to come out of its talks with Sukhoi, it has become harder to believe that the "sweet deal" has made the carrier's bitter operational challenges worth it.