The National Transportation Safety Board has disclosed new details about a Miami Air Boeing 737-800 runway overrun earlier this month, confirming the aircraft landed amid “heavy thunderstorms” and saying the first officer had just 18h of 737 flight time.

“The accident flight was part of an operating experience trip for the first officer that began the day before the accident,” says the NTSB’s preliminary report into the 3 May overrun at Jacksonville of Miami Air flight 293.

The report does not say which pilot was flying the aircraft at the time of the accident or suggest what caused the incident, which left the aircraft lying in the St Johns River. 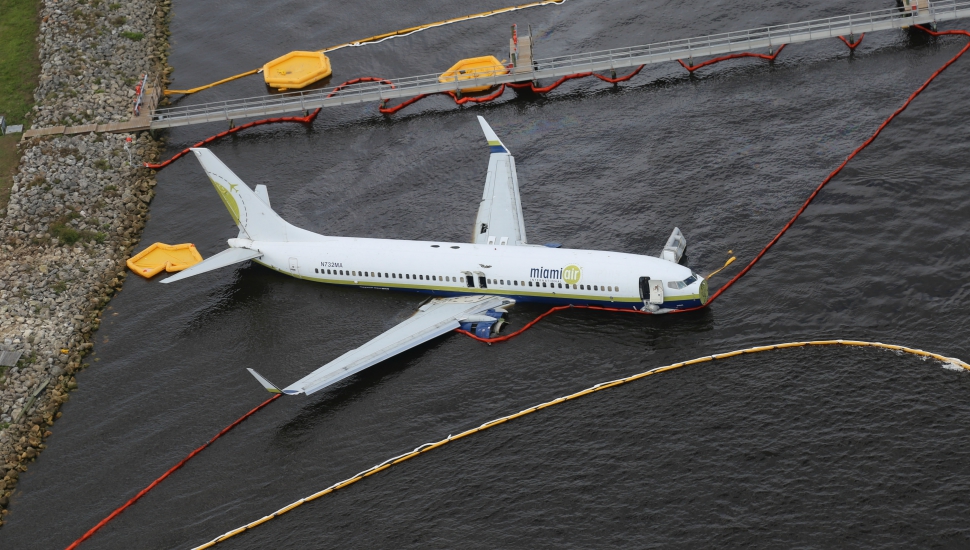 None of the 142 passengers and crew aboard the aircraft sustained serious injuries.

The overrun involved a Miami Air 737 (registration N732MA) operating an evening charter flight from Leeward Point Field at US Naval Station Guantanamo Bay in Cuba to the Jacksonville naval station.

At the time of the accident the Jacksonville station reported “heavy rain and thunderstorms”, scattered clouds at 800ft altitude and winds at 8kt (15km/h), gusting to 16kt, from 290°.

Controllers initially told the pilots to expect to land on the east-to-west Runway 28, but weather conditions led a controller to later suggest the 737 land on the west-to-east Runway 10.

The pilots agreed, and at 21:41 one of the 737’s flight crew reported the airfield was in sight. No other communications were heard between the pilots and controllers, and the aircraft’s emergency locator transmitter was heard on the radio at 21:42.

Examination of tire marks shows the aircraft touched Runway 10 about 1,600ft (488m) from the runway’s displaced threshold, and about 20ft right of the centerline.

The aircraft came to the center of the runway before drifting 75ft right again. It exited the runway at a position 60ft right of the centerline, crossed onto grass, struck a rock embankment and went into the St Johns River. 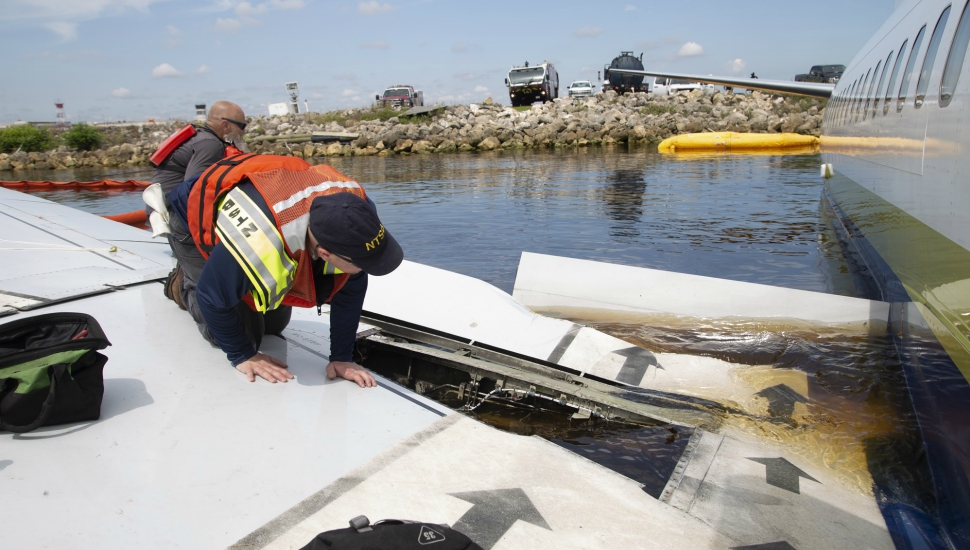 “The airplane was mostly intact, but both main landing gear had separated from the airplane and were also located in the river,” the NTSB says.

Passengers and crew evacuated from the two forward exits and four overwing exits.