Ten months after a Boeing 737-200 freighter ditched in the sea off Hawaii, US regulators are alleging a series of serious safety violations by operator Rhoades Aviation and are poised to cancel its air carrier certificate.

But Rhoades Aviation is disputing the FAA’s proposed action and has requested meeting with the authority to discuss the matter.

Rhoades was the operator of the Transair-branded 737 which broke up and sank after ditching as its crew attempted to return to Honolulu on 2 July last year. Both pilots survived.

The US FAA believes Rhoades committed “numerous violations” in relation to its compulsory safety-management system including failing to ensure it was properly implemented and performing across the organisation.

It has accused Rhoades of conducting “improper” maintenance on engine compressor fan blades and failing to document the work correctly.

The regulator alleges the carrier operated over 30 flights with a 737 which was not airworthy, because it was fitted with fan blades which did not meet the manufacturer’s standard. 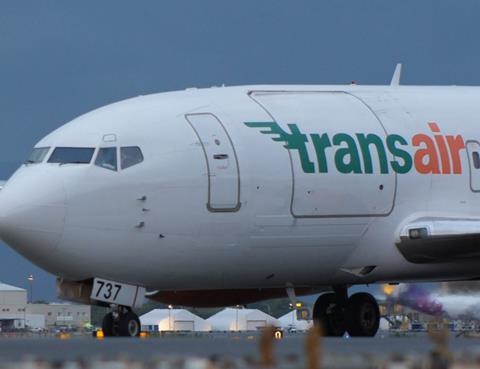 While the investigation is continuing, the National Transportation Safety Board has previously stated that the pilots reported anomalies in both Pratt & Whitney JT8D engines shortly after take-off.

The FAA has outlined a series of alleged flaws in Rhoades’ safety-management system, including problems with record-keeping, discrepancies in manuals for aircraft loading and balance, and provision of documentation to the FAA.

It adds that two 737s were operated more than 900 times after the carrier failed to add the aircraft to its maintenance and inspection programme.

The FAA – which grounded Rhoades Aviation days after the Hawaiian accident – is proposing to revoke the airline’s air carrier certificate, and has given it 15 days to respond to the allegations and its enforcement notice.

Rhoades, which employs 300 personnel in Hawaii, states that it has “proudly served the inter-island air cargo network for many years”, transporting medicines, vaccines, mail and commerial goods.

”[We] look forward to successfully challenging the FAA’s proposed action and resuming flight operations,” it says. “Rhoades continues and has always considered safety their highest priority.”