Airbus aims to tackle A380 reconfiguration costs with Singapore MRO

Airbus is working to address the high cost of reconfiguring A380 cabins as it acknowledges it can be a significant detractor to remarketing the aircraft on the second-hand market. It is looking to its new Singapore MRO business to provide the answer.

“[The cost of re-configuration] is definitely a major challenge for the A380 or any big aircraft,” says Remi Maillard, senior vice-president for Airbus services. 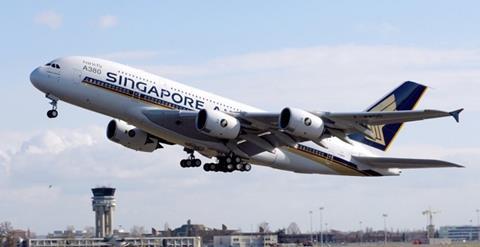 British Airways chief executive Alex Cruz highlighted the cost issue last year when explaining why the airline rejected a package of new and used A380s in favour of an order for Boeing 777-9s.

“Everything breaks down the moment you start thinking about the inside of the aircraft,” he said, referring to the cost of reconfiguring a second-hand A380. The cost to reconfigure the cabin to BA’s specifications “can run to between $30-50 million” per aircraft, he said. “To put that into a lease rate, all of a sudden it takes the aircraft completely out of the market.” 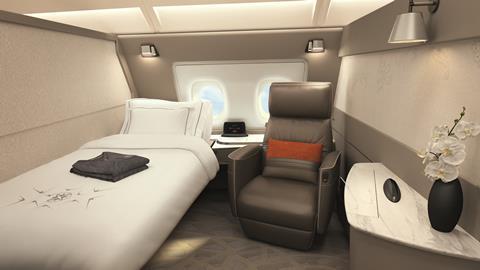 Maillard says that Airbus aims to use its new A380 MRO joint venture with Singapore Airlines, HMSS, to address the cost issue.

“HMSS specialises on A380 heavy maintenance and major components. It has just completed the first cabin retrofit for SIA,” he says. “So well be using the HSSS MRO as a showcase to demonstrate that we can offer major upgrades of the A380 in a competitive way.”