Firefly will focus on consolidating its recently resumed Subang-Singapore flights before considering any further expansion.

Chief executive Philip See says Firefly used to operate up to 10 flights a day into Singapore Changi from Subang, Ipoh and Kuantan using its ATR 72 turboprops before it suspended all services to the city-state on 1 December. 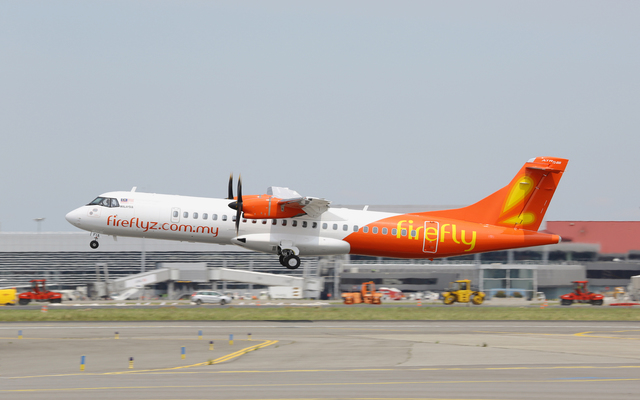 That was due to a deadline to shift all turboprop operations from Changi to Seletar, but was complicated by a dispute between Singapore and Malaysia, which subsequently affected the carrier's approval to operate into Seletar.

See says that the suspension affected around 20% of its overall ASKs, resulting in its aircraft utilisation falling from 8.5h to as low as 6h a day.

After some resolution of those issues, it commenced six-daily Subang-Singapore Seletar services on 21 April.

See says that while it has lost the feed it used to enjoy at Changi, the airline has no regrets in moving operations to Seletar, believing that this will enable it to win a larger share of the corporate market in Singapore, and grow the leisure segment.

"Relatively speaking, if you think about our capacity, we only have 420 seats a day [into Singapore] so it's not an insurmountable task to fill it up. The real challenge is, how do you get the quality yield and high-quality paying passengers to divert the traffic here [to Seletar]," says See.

While initial load factors were in the 30% range when it resumed flights, this has since risen to nearly 50%, despite the impact of Ramadan, which usually slows outbound demand from Malaysia.

The carrier will maintain the 12 ATR 72-500s it now operates, having phased out the -600s from service. See explains that the ownership cost of the -500s was "more attractive" than the newer variants.

Cirium's Fleets Analyzer shows that the 10 out of the 12 -500s it has are leased from Showa Leasing, while the remaining two are owned by parent company Malaysia Airlines.