Sustainability is the hot topic for industry body Airlines for Europe (A4E) as it heads towards its annual Aviation Summit in Brussels on 3 March.

A4E’s managing director, Thomas Reynaert, tells FlightGlobal that the issue has “sky-rocketed” to become the top air transport priority for the European Union and among the airline association’s membership, which includes Air France-KLM, EasyJet, IAG, Lufthansa Group and Ryanair.

And following the European Parliament elections in May last year, and the approval of a new Commission in November, A4E has been busy speaking on the subject to newly elected MEPs and recently appointed officials. 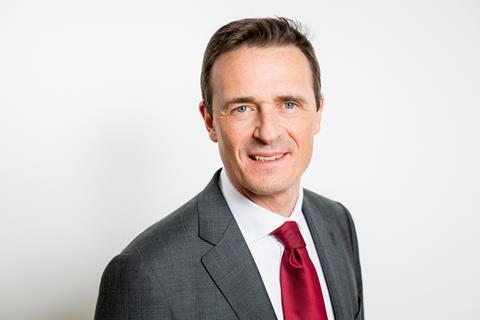 “Our role has been to do a reality check with the new MEPs,” Reynaert explains. “We need to brief them about what’s true and false [regarding airline sustainability] because there has been a lot of misinformation in the media.”

Alongside speaking to MEPs, A4E member chief executives – joined by their newest member TUI – had their first meeting with new EU Transport Commissioner Adina-Iona Valean in mid-December. They laid out their priorities for the Commission, including: close collaboration with industry on climate change goals; incentives and investments for sustainability instead of new taxes on aviation; and urgent reform of Europe’s air traffic management system, including completion of the Single European Sky initiative.

A pressing concern is that the European Commission’s upcoming Green Deal strategy – proposals and actions for which will be firmed up throughout 2020 – fairly reflects work done, and being done, by airlines and the wider commercial aviation sector.

A4E and other airlines have therefore joined forces with Europe’s airports, manufacturers and air navigation service providers in the development of a cross-sector climate initiative. Run as an independent study, this “sustainable aviation roadmap for Europe” will identify opportunities for even greater decarbonisation, whether through technology, operations, sustainable aviation fuels or price incentives.

Towards that goal, A4E’s sustainability focus recognises that “if you look at investment in technologies, it’s clear that in the next 20-30 years we will not see aircraft that are revolutionarily different, in the sense that it would make a huge difference to CO2”, Reynaert says.

A4E and its members therefore “sat down and asked ‘what do we need from the regulator in the next 20-30 years until we have these revolutionary technologies?’”.

The association has since been focusing on those areas, “prepping the Commisions’ agenda, educating the MEPs”.

On sustainable fuels, Reynaert notes that “we will need to continue to use the jet engine for the next 20-30 years… [so] we need to make sure we blend in a sustainable way… There’s a role for the Commission and a role for the regulator, to mandate in the proper way at prices that are actually affordable”.

And on Single European Sky – a Commission initiative that seeks to reform the region’s air traffic management system – “you can save up to 10% of CO2 emissions if you have it. The madness is… the technology is there. It’s a pure political problem”.

A4E has so far received positive responses from MEPs and officials.

“I can tell you that the majority of those people we talk to are convinced,” Reynaert states. “Why? Because we are telling them the truth. We’re not telling them: ‘This A380 is going to fly electric in 10 years’.

“We’ve been very straightforward, very honest with people, and I think that’s what you need to do to regain some of that trust which [the industry] may have lost.”

Reynaert cautions, however, that “we can no longer assume… that we are right because we are right. You have to be perceived to be right. And I think that’s where the challenge is”.

The risks are significant. Unsuccessful lobbying on sustainability has big downsides for airlines, not least around the threat of higher taxation.

“Aviation taxes do nothing for the environment,” Reynaert asserts. “On the contrary, they limit airlines’ ability to invest in new aircraft, innovation and sustainable fuels.”

Meanwhile, on the public perception of commercial aviation’s approach to sustainability, Reynaert highlights an impression that airlines are “not doing anything or not enough”. He notes that such a view is “not correct”, but concedes that “I think we underestimated the impact of how viral [airline sustainability] would go publicly”.

The A4E chief also highlights the importance of issues such as new aircraft technology, and of offsetting schemes including ICAO’s global CORSIA initiative and the EU’s Emissions Trading System, as part of a basket of measures to address the industry’s sustainability challenge.