Spain has been badly affected by the coronavirus crisis and Airbus aircraft production at its centres in the country has been temporarily suspended after the government brought in strict new containment measures.

Airbus says it is taking advantage of a patented design to produce polylactic acid plastic visor frames which will be distributed to hospitals and medical centres in the vicinity of its Spanish facilities.

The scheme is being assisted by Airbus’s specialist design and prototyping division ProtoSpace, through support from its German facilities in Stade.

More than 20 printers are engaged in the “day and night” production effort in Spain, says the airframer, and “hundreds” of visors have been built. 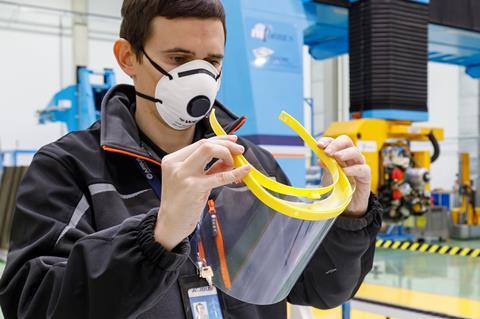 Airbus is using 3D printing to produce the equipment