Airbus is taking a bottom-up approach to filling a looming airline pilot shortage – by expanding its own training system to include ab initio schooling. By starting with raw beginners, Airbus hopes to help meet the expected demand for more than 540,000 new pilots – including some 94,000 in Europe – over the next 20 years.

Starting from its own base in Angouleme in France, the Airbus Flight Academy will deploy Airbus standardised flight instructors to deliver the ab-initio pilot cadet training programme as approved by the European Union Aviation Safety Agency (EASA) at the end of 2018.

Building on a 50-year heritage, the academy today delivers intermediate and advanced training through a network of 17 centres worldwide, and the new scheme hopes to complement this; the aim in Europe is to train about 200 pilot cadets per year.

Expansion of the Airbus Flight Academy beyond advanced training is in part a response to the need for volume. "We need to support our customers," says Airbus head of flight training Jean-Michel Bigarre.

But the airframer's move into the very beginning stages of a pilot's learning journey is about more than making up the numbers. There is, adds Bigarre, a world market for pilots and Airbus believes there should be a competency standard that applies globally; a trained pilot should be competent to fly anywhere.

Airbus wants to establish a training path every candidate can follow from "day one" and that lets each of them "become a great pilot", says Bigarre. The company also intends to promote its own standards as a benchmark for quality and thus wants to cover every stage from ab-initio all the way up to recurrent training of active-duty pilots.

But, stresses Bigarre, "we are not going to reinvent the wheel". The goal is to work with existing and new training partners and develop best practice. 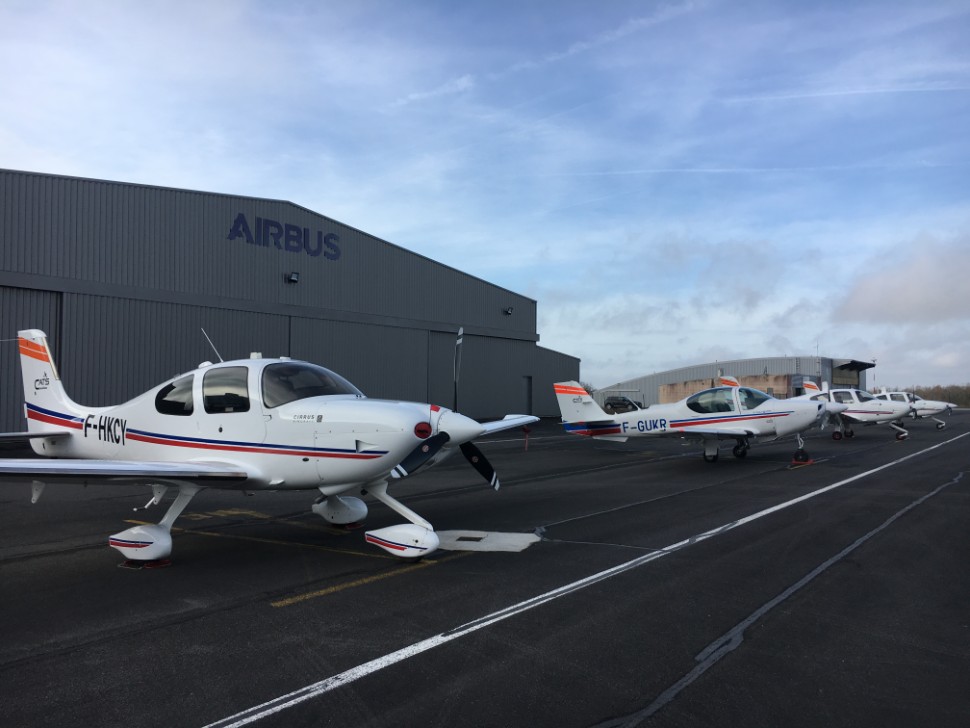 Airbus Flight Academy Europe's facility at Angouleme is in fact the second Airbus-affiliated site open to ab-initio candidates, with the first students set to start their programme in April. A first group has already begun training at the Escuela de Aviacion Mexico (EAM). Further locations should be announced from 2019 on.

The scheme is open to high school graduates aged over 18. Bigarre says the goal in Europe is to have four groups of students per year, with class sizes building up to meet the goal of 200 students per year by 2022-2023.

As for equipment, the aircraft used will be determined by the fleet available to the partner school, with the basic requirement being the capacity to advance into twin-engined models. EAM operates Cessna 152/172 and Diamond DA40 piston-singles, as well as DA42 piston-twins. At Airbus Flight Academy Europe, the fleet consists of 26 Cirrus SR20s and SR22s, one DA42-VI and a DA42, as well as an Alsim AL42 and a Redbird G1000 simulator.