With a new mid-sized aircraft (NMA) still months from a launch decision and perhaps eight years away from carrying paying passengers, Boeing vice-president Mike Delaney seems most at ease describing the project by all the things it isn't.

Despite a charge to design an aircraft with "single-aisle economics", the proposed NMA concept – the company's boldest project since the 787 – is probably not a single-aisle, as several Boeing customers confirmed last March.

Boeing looked at a single-aisle aircraft long enough to carry 230 to 270 passengers, says Delaney, who leads Airplane Development for Boeing. But Boeing found it would take too long to get all the passengers off the aircraft after landing, and, besides, the long, thin passenger cabin looked unwieldy.

"I'm not really sure that's optically an airplane you want to be on," Delaney says. "I certainly wouldn't want to be in row 65E waiting to get off that thing." 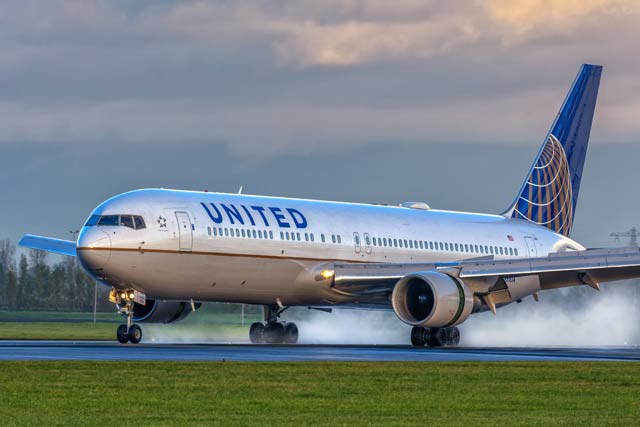 The 767 is a popular mid-size type, but is unable to open new routes that airlines are eager to capture

Although some analysts have speculated that ample belly freight capacity would be desirable on routes as long as 5,000nm, Boeing hasn't optimised the NMA to carry cargo pallets under the passenger deck, Delaney says. That means the NMA design will be a dramatic departure from the 787, which features a fuselage cross-section optimised to carry nine freight pallets or 28 LD-3 containers below the passenger deck.

“On the '87 we laid the pallets out [in the cargo deck], then we drew the upper fuselage and the passenger count was actually fall-out,” Delaney says. The 787 “was sized around the lower pallet configuration”.

"This airplane is really sized around the passenger and what [the airlines] want to do there," he says.

Boeing's proposed NMA is not a 757 replacement, Delaney insists. Although Boeing began a series of "middle of the market" (MoM) studies in 2012 after airlines inquired about options for replacing an ageing fleet of 757s, discussions with customers swiftly moved in a different direction.

Other customers had different business models in mind that could not be addressed by an existing aircraft.

"Some of them said, 'We think we're going to grow from a low-cost carrier, and we think we can't grow from '37 or a 320 to an '87," Delaney adds. "So we started talking. They actually didn't really want a bigger '37 and they really didn't want a '57 replacement. They really wanted an airplane that was uniquely positioned in the market."

That didn't stop Boeing from analysing every possible permutation of modifying an existing aircraft to fit the requirement for this uncharted market space.

For some characteristics, Delaney feels comfortable defining the NMA by what it is versus what it isn't, and its potential to follow the lead of the 787 in opening new markets is one of those.

The NMA will be designed mostly to cater to known routes, such as between Guangzhou, Shanghai and Beijing, China, and the transatlantic bridge between major international hubs.

But Delaney notes that part of the 787's appeal was its ability to open new markets that could not be served efficiently with a larger aircraft like a 777 or a 747, or routes that exceeded the range of a 757 or 767. A decade ago, Boeing expected the 787 to create about 60 or 70 new city pairs, but it has already created more than 140, Delaney says. The NMA offers a similar potential to connect fairly distant secondary cities, such as Washington DC and Budapest, with a daily frequency.

How exactly the NMA provides that level of performance is still one of Boeing's secrets. The challenge for the designers is to achieve single-aisle economics with a twin-aisle fuselage by 2025. A few years ago, Airbus chief executive Fabrice Brégier forecast that the technology to achieve such performance would not be available until 2030. 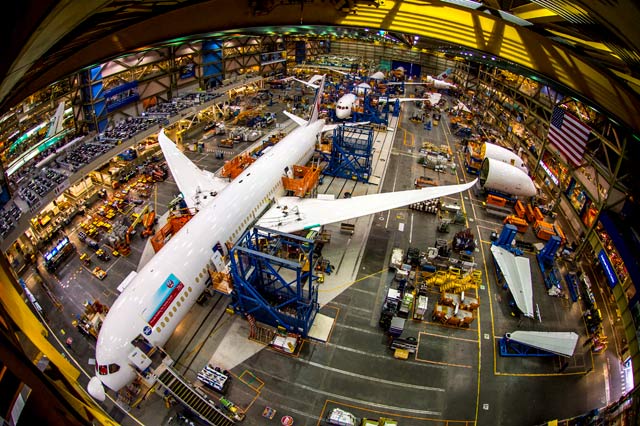 Moreover, Airbus has painful memories of attempting to sell light-twin aircraft to fill a market niche squeezed between shorter-range and more efficient single-aisles and longer-range twin-aisles. The company's first product, the A300, seated 260 passengers and few up to 4,000nm, but often lost sales to a 767 family that included variants that could fly more than 50% farther.

"I remember I was doing sales presentations to airlines," recalls chief operating officer John Leahy, speaking to reporters in Toulouse on 9 June. Leahy joined Airbus in 1985, a year after the 767-200ER entered service.

"They'd say, 'Gee, John, what you're saying is for 80% of my missions I buy your airplane and for 20% of my missions I'll buy Boeing. Then I've got two different airplanes, two different types. Boeing just says, 'Why don't you cover both missions?'," Leahy says. "Range really pays off in this industry. Trying to optimise for a little segment of the market tends not to do it."

Airbus still has options to respond to Boeing's NMA concept. Beyond the 4,000nm range of the A321neoLR, the single-aisle design is capable of flying up to another up to 500nm, Leahy says.

"Above that you're going to have to have a twin," Leahy says. "Otherwise you have just a flying fuel tank."

"On a flightline you will not be able to tell the difference between an NMA and a 787 but I will tell you it is a radically different set of parts and sequence and technology that is significantly lower cost," Delaney says. "People don't understand the payback we got from the 787, and how much we harvested in the 777X if you actually knew what to look for, that we're not telling anyone about it. And that same learning happens in the fuselage, too."

The composition of the fuselage structure is still the most intriguing unknown about the NMA. The emphasis on low-cost production seems to bias the design towards an aluminium structure, as Boeing has introduced for the 777X. But the challenge of delivering single-aisle economics from a twin-aisle aircraft suggests a lighter composite material would be better. So far, Boeing isn't saying, but that could change soon.

"I've made that decision," Delaney says, "but I'm not going to tell you the answer."