Steadily growing anti-ship cruise missile threats from Chinese and Russian submarines, among other factors, are compelling more of the world's militaries to retire their ageing fleets of Lockheed Martin P-3 Orions in favour of acquiring Boeing's 737-based P-8 maritime patrol aircraft.

Last month, Boeing secured a $2.5 billion order from the US Navy and two foreign militaries for a combined 19 examples. As part of the package, the USN has ordered 10 aircraft, Norway five and the UK four. The airframer says this means it is has so far received orders for 111 P-8A Poseidons for the USN, 12 each for the Indian navy and Royal Australian Air Force, nine for the UK Royal Air Force and five for the Royal Norwegian Air Force.

The USN, Australia and India already operate the type, and the in-service fleet has accumulated more than 180,000h of flight time, Boeing says. The UK's first example will be transferred this year, while Oslo's aircraft are to follow from 2021. 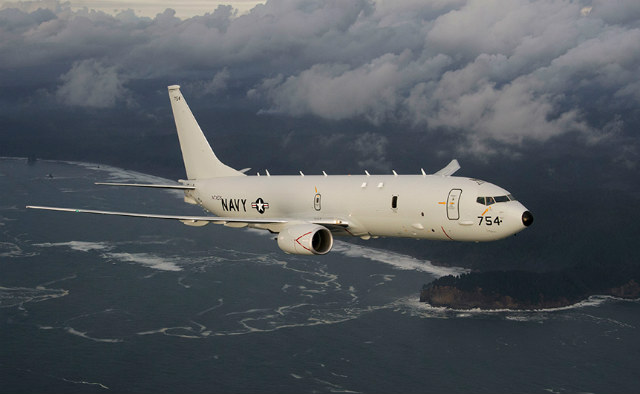 There are more orders waiting to be firmed up. New Zealand's defence ministry in July 2018 approved a programme to acquire four P-8As, and the US Department of State approved a potential six-unit sale to South Korea two months later.

Rising interest in the P-8 comes as the world's P-3 inventory – which Flight Fleets Analyzer shows totals some 239 aircraft in current military service – grows increasingly tired. The average age of an Orion in service today is nearly 40 years, according to our data. Nations that continue to fly the Cold War-era maritime patrol aircraft include Brazil, Canada, Pakistan and Taiwan, the data shows.

For its part, Boeing is publicly pitching the P-8 to foreign militaries as a P-3 replacement.

The Boeing product would be beneficial for "anybody that currently has maritime capabilities or needs for surveillance", says Edward Celentano, the company's P-8 programme manager for Australia, New Zealand and South Korea. "Another way to say that is: anybody that is flying P-3s." 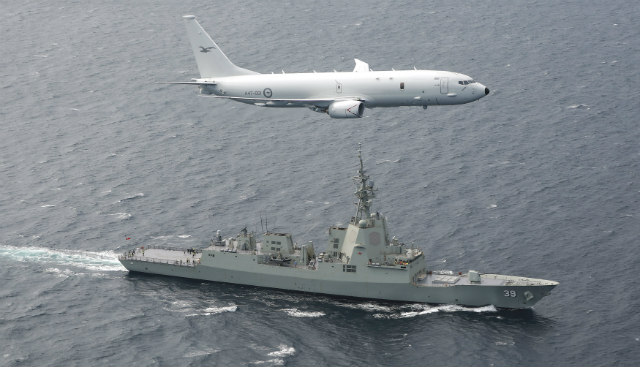 At a time when some governments are keen to delay or downsize purchases of new aircraft types, the now steady stream of P-8 orders is notable.

The perception that submarine threats from China and Russia – as well as rogue nations such as Iran and North Korea – are growing is partially to thank for that business, says Andrew Hunter, director of the Defense-Industrial Initiatives Group at the Washington-based Center for Strategic and International Studies.

"The heightened Russian activity, particular subsurface activity in the North Sea, the Baltic and the Arctic, has been a spur to focus the mind, particularly of a lot of our European allies, to advance modernisation plans or to keep them on track, or not let them slip as budgets get tight," he says. 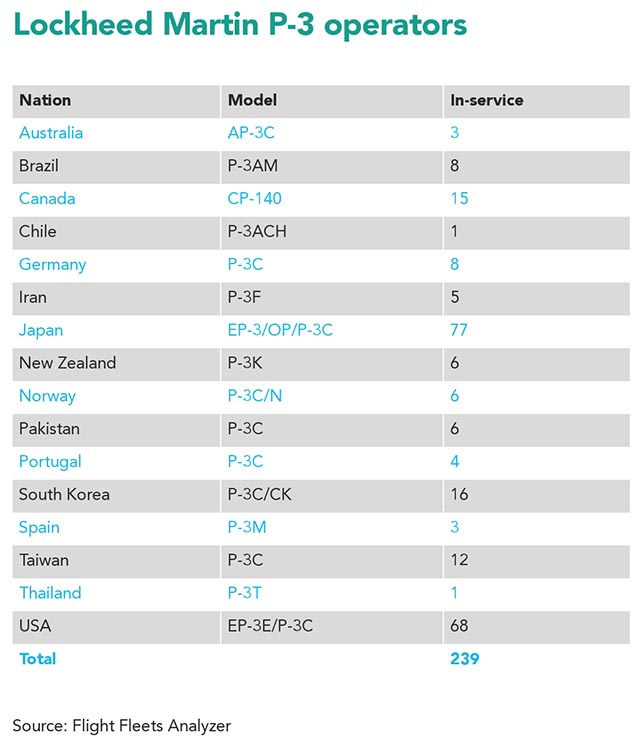 He adds: “The kind of advances China has made, particularly the volume of submarines it has launched, is really sharpening the mind of planners in the US that they need maritime patrol aircraft for the [anti-submarine] mission."

In particular, military commanders are worried about the increasing deployment of submarine-launched cruise missiles, which could be used against ships up to 174nm (322km) away, says Brad Martin, a senior policy researcher at the Rand Corporation.

"A submarine can fire on a ship from a lot further away [with cruise missiles] than it could if it was just firing torpedoes," he says. "The ability to counter that depends in a large part on the ability to cover a wide area, which the P-8 is capable of doing."

Boeing is keen to point out that because the P-8 is constructed from a 737-800 airframe with -900 wings it is substantially larger and quieter than the four-engined P-3, which was developed from the 1950s-era Lockheed L-188 Electra commercial airliner. With a crew of only nine, the larger airframe has room for additional workstations or payload – or to leave space for them to stretch their legs and walk around, says the company. 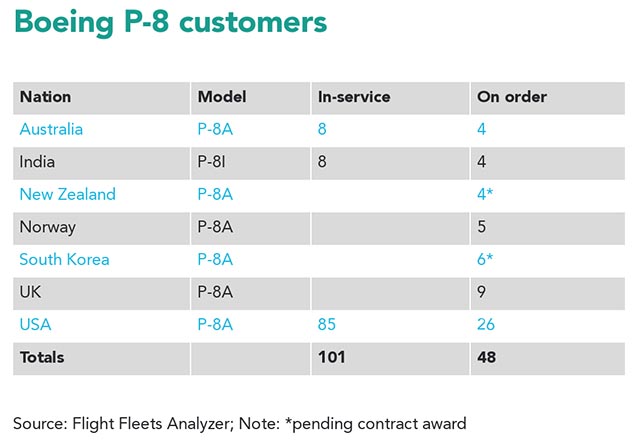 This extra space also affords a few creature comforts, Boeing adds. "The crews are very excited that it has a bathroom on it," notes Nanette Feeney, head of P-8 programme communications. "P-3s don’t. It's something to fly for 12h on a P-3."

The Poseidon's two CFM International CFM56-7B high-bypass turbofan engines also each come with 180kVA electric generators, as opposed to the 90kVA generators which are standard on the commercial variants. That means the aircraft has a 25% cooling reserve and a 60% power reserve, which could allow operators to accommodate extra computers or onboard sensors. 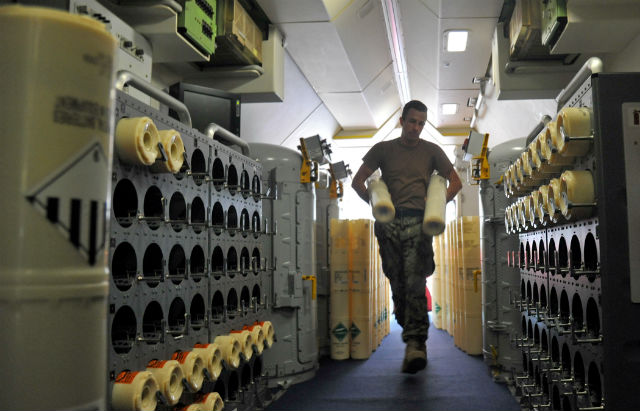 The maritime aircraft can carry 126 sonobuoys internally, four Boeing AGM-84 Harpoon anti-ship missiles on hardpoints beneath its wing, as well as Mk 54 lightweight hybrid torpedoes and survival kits within an internal bomb bay. Boeing notes that the survival kit – which includes an inflatable life raft – have been used by the Indian navy's P-8I fleet during search and rescue missions.

There are other notable differences between a commercial 737 and the P-8. While the Poseidon has few passenger windows, its aluminium is twice as thick and its floor is beefed up with additional stiffeners. The aircraft also lacks winglets, which Boeing says could interfere with its de-icing system in extreme cold – for example, while flying anti-submarine missions over the North Sea.

The aircraft also comes with in-flight refuelling capability and a self-protection system, including directional infrared countermeasures equipment. Boeing declines to discuss many of the aircraft's sensors, citing military classification issues, but lists its synthetic aperture radar, electro-optical/infrared payload and an acoustic listening capability. 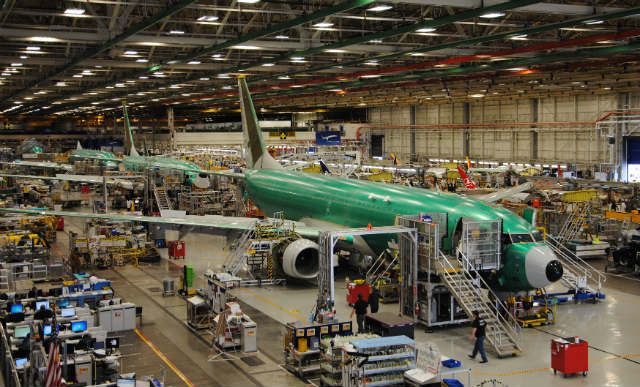 Still, despite some differences, much of a P-8 and its production process looks quite similar to the commercial 737. Spirit AeroSystems builds the aircraft's fuselage, tail sections, struts and wing leading edge at its Wichita, Kansas, facility, before sending the airframe by rail to Boeing Commercial Airplanes' plant in Renton, Washington.

At that final assembly facility, the P-8 is part of in-line production between other 737s, before it is flown a short distance to Boeing Field, adjacent to which is the company’s Tukwila, Washington facility, where the aircraft undergoes military mission systems installation. 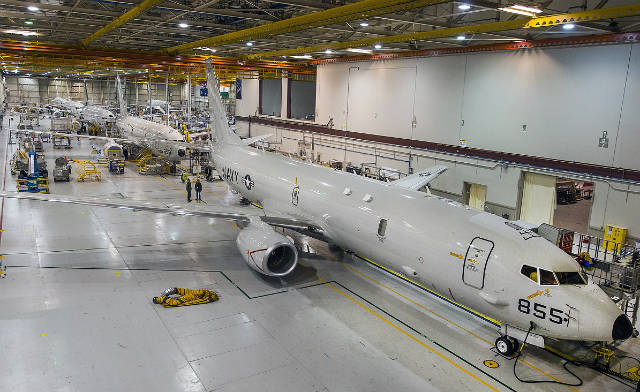 Boeing notes that because of those commercial efficiencies, the programme has never missed a delivery deadline. And with a substantial backlog of orders to work through, the company says it is able to lean on suppliers for bulk discounts, allowing it to reduce prices further for customers.

"We are at a great time to buy P-8s, because we are down on that cost curve," says Celentano. "The quality is right where we want it. We are sort of humming along."