For decades, the US Air Force and its lead aircraft supplier, Lockheed Martin, have struggled to efficiently write the code that runs their aircraft. The result is numerous cost overruns, delays and aircraft dysfunction – especially in the much-maligned Lockheed Martin F-35 Lightning II programme, whose software problems have put the stealth fighter billions of dollars over budget and years behind schedule.

In response, the USAF and Lockheed Martin are betting the future on a new way of doing things called Agile software development. The commercially-derived method, which emphasises flexibility and close co-operation with users, has shown success in arresting cost overruns and speeding up delivery of functions in the commercial software industry. The USAF has seen fit to encourage its major aircraft programmes to adopt the practice.

Some early uses of the method are encouraging. For example, by adopting Agile methods, Special Operations Command was in 2013 able to stop multimillion-dollar budget overruns on software updates to their General Atomics Aeronautical Systems MQ-9 Reaper drone. Other major aircraft programmes now boast that they have anecdotal evidence that Agile is saving them money and time, too.

Agile software development methods call for writing software functions in close co-ordination with users, in bite-sized allotments, by small teams and over short periods of time. The method emphasises flexibility and responsiveness to a customer’s changing requirements – allowing software to incrementally evolve towards a solution rather than following a rigid plan.

It stands in contrast to the traditional waterfall method, which emphasises a rigid and sequential long-term plan that delivers a huge pile of updates at once, after a lengthy development period and with less frequent consultations with users.

Honing the ability to write software efficiently has become a top priority for the USAF as the number of lines of code has grown exponentially. Case in point: In 1960, software accounted for 8% of the functionality in the McDonnell Douglas F-4 Phantom, compared with 80% of the functionality in the Lockheed Martin F-22 Raptor in 2010, according to research published in the Air and Space Power Journal.

Moreover, these days, the growth of code doesn’t stop when an aircraft finishes development. The USAF plans to keep the F-35 relevant against advancing threats from China and Russia by continuous development and continuous delivery (C2DC) of improved software for the aircraft. F-35 C2DC is a huge undertaking because the aircraft already runs 8.3 million lines of code, more than four times the volume of programming of the F-22 Raptor.

In fact, the F-35 C2DC effort is part of a little-known, five-year-long effort by the USAF to move away from traditional means of developing software towards the incremental processes of Agile. 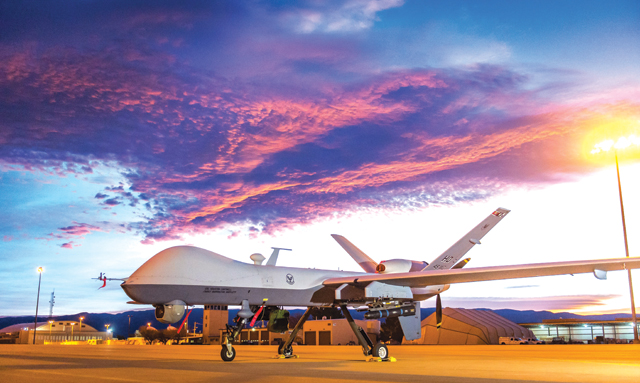 Adopting the commercial software industry’s best practices, including the Agile method, was a hallmark of Secretary of Defense Ashton Carter, who created the Strategic Capabilities Office in 2012 and Defense Innovation Unit Experimental in 2015 to push leading methods. The USAF did not provide a comment for this article, despite multiple requests.

In the civilian world, Agile software development methods are omnipresent. For example, Apple’s mobile operating system iOS 11 has been incrementally updated 14 times since its initial release to the public in September 2017. Hence its most recent name: iOS 11.4.

The first major aircraft programme to implement the Agile method was the F-22 in 2013, which did so after Lockheed Martin grew frustrated with software delays and problems. “The idea came from our software developers at the working level,” says Ken Merchant, F-22 vice-president at Lockheed Martin. “They keep up on what’s happening across their enterprise and they had seen other companies able to implement Agile methodologies.”

The company has also expanded its use of Agile software methods to the F-16 Fighting Falcon.

As part of Lockheed Martin’s adoption of the method, the company implemented a version of Agile called Scaled Agile Framework (SAFE), and set up systems to closely collaborate with the USAF’s F-22 programme office.

“There is a database that we have formulated under the SAFE approach that allows members of the (system programme office) to have access to our data,” says Merchant. For example, “they can tell that we completed two features this week.”

Personnel from the system programme office also visit Lockheed Martin’s Fort Worth, Texas facility periodically to view demonstrations of software updates in a lab. And, says Lockheed, it is far less consumed with the paperwork that traditional methods demand.

“We don’t have as much reporting to do and that allows us to do more value-added work,” says Merchant.

The F-22 programme also divided up its coding work into smaller chunks, delivering capabilities every 12 to 14 weeks.

By delivering code in smaller allotments, the developer and customer can isolate and test new functions, working out problems one by one as they come along. The Agile method can also give users some functionality upfront, instead of withholding multiple program updates until the whole package is ready.

And, the F-22 programme plans to be the first in Department of Defense history to use Agile methods to update hardware by adding the Multifunctional Information Distribution System Joint Tactical Radio System and open systems architecture components to the aircraft. The new hardware components will be introduced to the fleet in 2019 as part of the F-22 Increment 3.2B modification.

"Modernisation efforts can include software, hardware, or both, so it makes sense to do it all under the Agile framework," says Merchant. Software and hardware capabilities thus reach the front line faster, he says.

Despite all the fanfare around Agile development methods, the practice may not be easily implemented within the defence department, says Brad Wilson, an information scientist with RAND Corporation in Pittsburgh.

“The tendency in the government is to play it conservatively and define everything you want upfront so you get what you want,” he says. “You don’t want to get in a situation where you forgot to ask for something and the contract has already been signed, and the vendor says, ‘Well, you didn’t ask for that. So here’s how much you have to pay to add it’.”

In fact, that is a snag for which the F-22 programme office was recently criticised. The DoD’s Inspector General noted in a report that it was using old cost-plus-incentive-fee and cost-plus-fixed-fee delivery orders with rigidly defined delivery requirements. That contracting strategy didn’t reflect the changing and incremental deliverables that come with the Agile method.

In response, the programme office moved to agreements that reward Lockheed Martin and other contractors based on level of effort. However, to get the full benefit of Agile software development methods, a much larger reform of Department of Defense contracting may be in order. “The use of Agile across DoD is increasing,” says the Inspector General’s report, “and it is imperative that DoD address the use of methodologies like Agile by updating acquisition guidance.”

The complexity of military aircraft systems also poses a problem for the Agile method, says Wilson. “The more complex the system, the harder it is to apply certain Agile methods and processes,” he says. For example, “having face-to-face interaction – that can be difficult when you are developing a lot of things in a lot of different places".

Nonetheless, there are efforts underway within the commercial world to scale Agile methods for larger projects, a development which in time may help the DoD, he added.

Lockheed Martin, meanwhile, acknowledges at this point it doesn’t have any conclusive data showing that Agile methods are faster, cheaper or better than traditional methods. However, the company notes anecdotal successes and emphasises that the F-22 programme isn’t waiting years for whole package updates, but is instead incrementally receiving functionality upfront.