Italy’s intentions with regard to Europe’s future combat aircraft sector became clear in mid-September, when Rome and its defence industry champions joined formation with the UK on its Tempest programme.

The international armament directors of both nations used the opening day of the DSEI exhibition in London on 10 September to sign a statement of intent (SOI) to partner on Tempest – a proposed next-generation successor to their Eurofighter Typhoons. This state-level agreement was strengthened the next day by a similar framework pact signed by leading players from their respective defence industries.

Speaking during a joint press conference with his BAE Systems counterpart Charles Woodburn, Leonardo group chief executive Alessandro Profumo hailed the development as “great news for Italian industry and the future prosperity of our nation”.

“We believe that working together on Tempest will further strengthen each nation’s technological, industrial and skills base to ensure prosperity for decades to come,” Profumo says.

“We are very keen as a company to bring our Italian expertise and capabilities. From a cross-industry perspective, joining a programme early allows you to participate more deeply in the discussion on requirements, the design of the accompanying industrial architecture and the share of work in the final delivery,” he adds.

Other Italian companies supporting the initiative are Avio Aero, Elettronica and MBDA Italy.

According to the UK Ministry of Defence (MoD), joint feasibility study work performed since Tempest’s emergence in July 2018 “concluded that the UK and Italy are natural combat air partners”. it points to “a proven 50-year track record of working closely together”. In addition to their current involvement in the four-nation Eurofighter consortium, their industries have also previously collaborated on the Panavia Tornado.

“We are already close, and now we will become closer still,” Profumo says, adding: “British and Italian engineers already work together every day.” Other examples of their relationship include BAE and Leonardo stakes in pan-European guided weapons specialist MBDA, and the involvement of Elettronica and Leonardo’s UK arm in the EuroDASS consortium’s Praetorian defensive aids subsystem on the Typhoon. 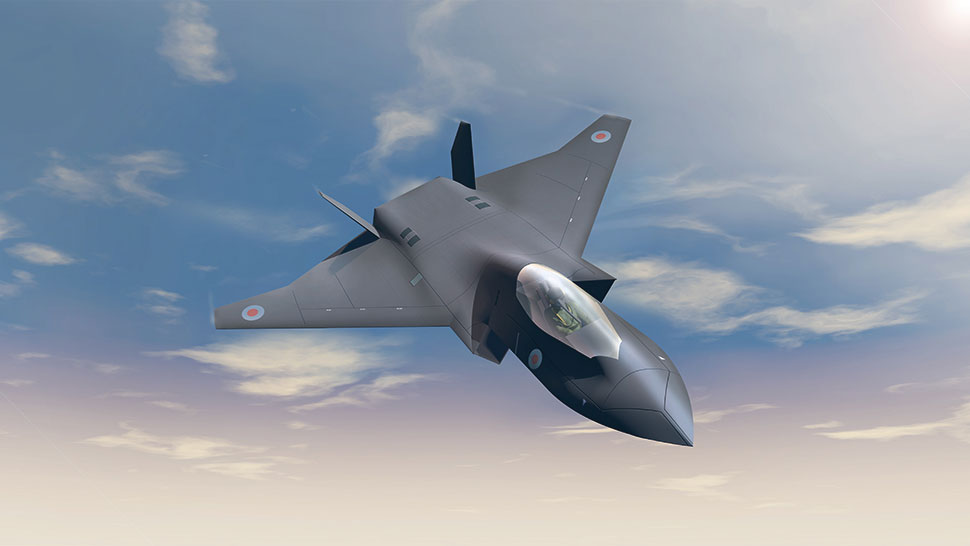 “Our company favours the long-time and productive collaboration with governmental and industrial partners who have signed this SOI, on similar programmes such as Tornado and more particularly Eurofighter,” says Enzo Benigni, chief executive of electronic warfare specialist Elettronica.

“We trust that the partnership between the two nations can evolve towards a new collaboration model – as an evolution of the Eurofighter – within the already acquired national technological sovereignties, and through an appropriate handling of design authorities,” Benigni adds. By doing so, he believes Rome can “maintain and increase skills and opportunities for our country”.

Elettronica and Leonardo are partners in the EuroDASS consortium with Germany’s Hensoldt and Indra of Spain. The companies in early September received a study contract in support of the Eurofighter programme’s long-term evolution activity, regarding its Praetorian suite of equipment. “This will lay the groundwork for future development work, which will ensure that the Typhoon’s electronic warfare system will remain one of the most advanced in the world for decades to come,” the partners say.

For its part, propulsion specialist Avio Aero is also eyeing a continued relationship beyond the Typhoon. “We are honoured and proud to be part of this strategic collaboration,” says chief executive Riccardo Procacci. “This represents a unique opportunity for us, for our industry and for Italy to ensure tomorrow’s industrial leadership by developing cutting-edge technologies and know-how in the strategic field of aircraft propulsion.”

Led by Rolls-Royce, the power aspect of Tempest will include investigating novel engine configurations, including the use of an embedded auxiliary power unit, which will free up valuable space for other systems.

Avio Aero says the industrial SOI “will see the parties work together to define an innovative concept and partnership model which will include knowledge sharing, product definition and technology development for future combat air systems”.

According to the MoD, the bilateral relationship with Italy will also explore the potential for “closer government alignment on future Eurofighter Typhoon enhancements”, and develop a combat air roadmap “identifying opportunities to integrate advanced technologies into Tempest” from the current type. Potential examples could include self-protection equipment, and drawing on the Euroradar consortium’s work on advanced active electronically scanned array radar technology for the Typhoon, industry sources indicate. 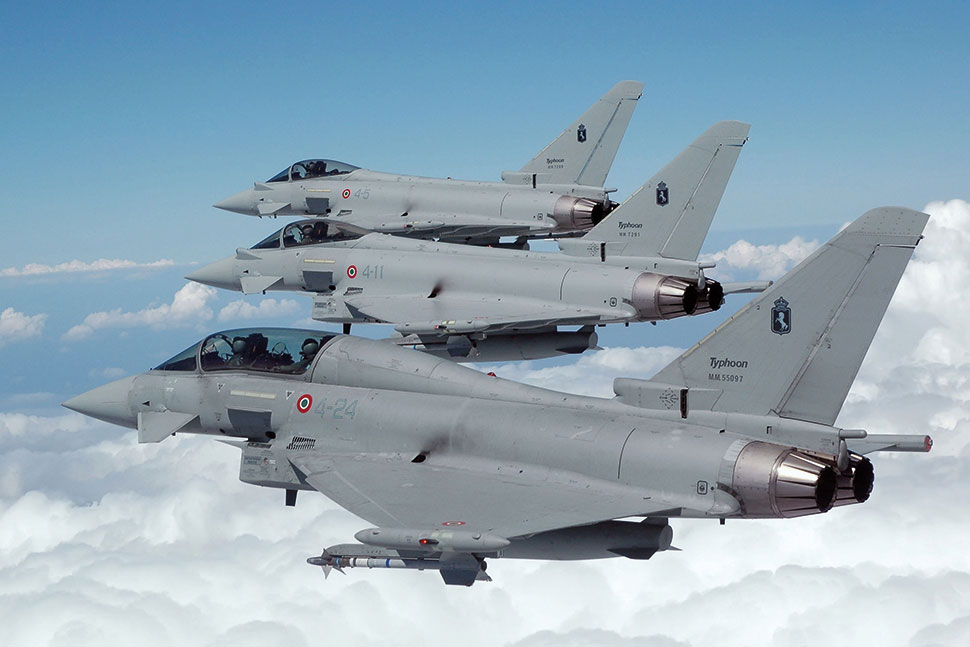 “Our proven record of successful collaboration with Italian industry makes us certain that this partnership between our two nations is a strong fit for Tempest and demonstrates the growing momentum behind this important international endeavour,” says Woodburn. Rome’s commitment to Tempest came two months after Sweden also signalled its intention to work with the UK. Stockholm in July entered into a one-year study phase, which is intended to determine whether its future combat aircraft requirements and schedule could align with those of its potential partner.

Saab is also involved in the process, with the company to “contribute with its experience of advanced technology development, system integration of complete combat air systems and related areas including sensors, missile systems and support”.

Noting that “Italy and Sweden are already working together on a range of defence and security programmes”, Profumo says: “We are also looking forward to expanding our area of collaboration with Swedish industry.”

Woodburn describes the UK-led programme’s aim as being to deliver a “competitive, connected and capable future combat air system to meet our respective nations’ requirements”. He says the initial joint study with Italy “revealed a future common requirement, technological synergies and a huge potential for collaboration between Italian and UK industry”.

In addition to exploring requirements for a next-generation fighter, the Tempest programme is also eyeing additional combat air elements such as advanced weapons and other so-called “additive capabilities”, including unmanned vehicles that could be operated alongside manned assets to perform tasks such as the suppression of enemy air defences.

Leonardo UK managing director Norman Bone – who also heads the company’s wider electronics business – is especially pleased about the bilateral SOI, and notes that Italy “has never walked away from a programme”.

One area of Italian expertise that Bone points to is Leonardo’s infrared search and track technology for fighter aircraft. The company supplies the Pirate system for the Typhoon, and its Skyward-G sensor is installed on Saab’s new Gripen E. Leonardo also has current development and production experience with the M-346 and smaller M-345 jet trainers, which he says represents knowledge of a “different cost base” to that experienced via the Eurofighter programme.

“When you put clever engineers together from the UK and Italy, they will achieve great things,” says Bone. “Being part of Team Tempest has been an amazing opportunity for Leonardo in the UK – we are all excited that Italy is now on board at this very early stage.”

The next year will be a busy time for Team Tempest, as by the end of 2020 the group must submit an initial business case to the UK and its potential partners to advance the ambitious scheme to its next stage. Ultimately, a new capability could be in operational use before 2040.

“We believe that joining Tempest is vital if we want to preserve our nation’s skills base and sustain thousands of highly skilled jobs,” Profumo says. “The future will not wait for us to meet it – now is the time to sustain our advantage for a generation.” 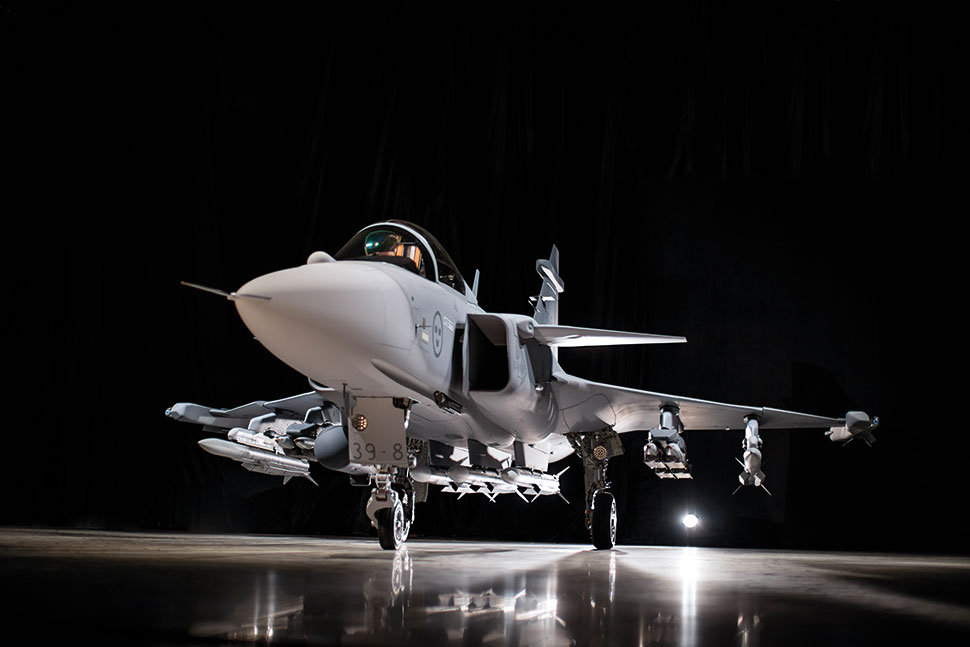