Lockheed Martin will offer the Martin-Baker Mk18 ejection seat as a candidate for the F-21, in an effort to deliver a more competitive proposal for an Indian air force requirement for 114 fighters.

If confirmed, the IN18E seat would replace the Collins Aerospace ACES II from the original F-16 – Lockheed has rebranded the fighter as the ‘F-21’ for the Indian bid. 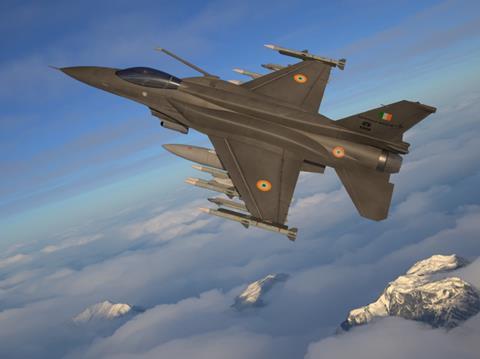 With over 1,000 seats in service on eight aircraft types, the UK company is also in discussions with India’s Aeronautical Development Agency (ADA) for IN16G seats for the Hindustan Aeronautics Tejas Mk-2.

Martin-Baker also proposes its Mk16 or Mk18 seats for the AMCA (Advanced Medium Combat Aircraft) and TEDBF (Twin Engine Deck Based Fighter), which are being developed by the ADA.

The company will deliver 93 IN16G seats (to equip 73 single seaters and 10 twin-seaters) for the Tejas Mk-1A programme. It is awaiting a formal contract, though it has been in discussions to ensure that deliveries begin within a year of contract signature, says Steve Roberts, head of business development at Martin-Baker.

Martin-Baker is in the process of completing an order for 51 IN16G seats for Tejas Mk-1 fighters, with 38 seats delivered and the remaining 13 to be delivered by the end of 2021.