Airbus Corporate Jets (ACJ) has now sold 10 examples ACJ TwoTwenty – the VIP version of its small narrowbody airliner – since it was launched in October 2020.

Revealing the new sales total during a briefing at its Toulouse headquarters on 21 May, Benoit Defforge, ACJ president, said that four more units had been added since the beginning of the year, all to US customers. 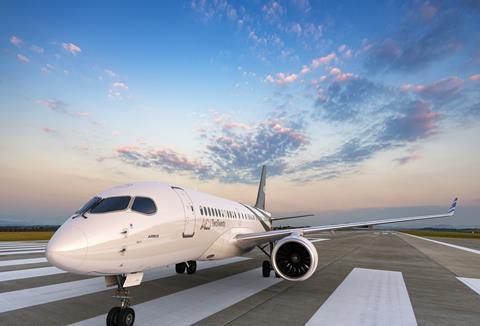 Defforge is hopeful of selling around five to 10 TwoTwenty aircraft per year, matching the combined annual sales figures for the rest of the ACJ range.

“When we have the first aircraft flying and are able to demo it then we will be able to really accelerate sales,” he says.

Key to that effort will be ACJ’s new ”creative studio” for the TwoTwenty – a bespoke facility in Toulouse that will allow customers to get up close and personal with their aircraft long before it is due to be delivered.

It includes a life-size section of the TwoTwenty’s cabin – featuring sliding panels to illustrate how competing business jets stack up – plus virtual reality and digital design tools to help cabin customisation.

“We want to offer our customers the experience, the journey, to feel the space first of all. And with the latest technology available they will be able to select the layout and all the materials to create the perfect ambience,” says Defforge. 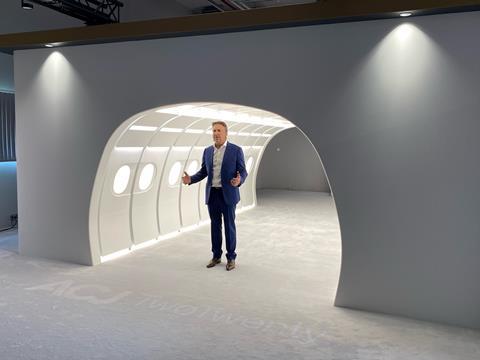 “The creative studio helps customers understand the space. Once customers make the choice they are able to visit the large area to enable them to personalise it, to make it their own,” adds ACJ head of marketing Borna Vrdoljak.

ACJ is pitching the TwoTwenty into the top end of the business jet market where it believes the aircraft’s larger cabin and comparable price – around $80 million – will trump faster and longer-range offerings from Bombardier, Dassault Aviation and Gulfstream. The target is to take 5-10% of the segment, says Defforge.

“We are offering a choice at a similar price,” says Defforge. “We are playing in the same area of the game but offering something very different.”

In particular the cabin is substantially longer than that of its rivals – 23.8 m (78ft 1in) against 16.6m for the Global 7500 – due in part to the extra useable space in the fuselage created by the under-wing rather than rear-mounted engines. 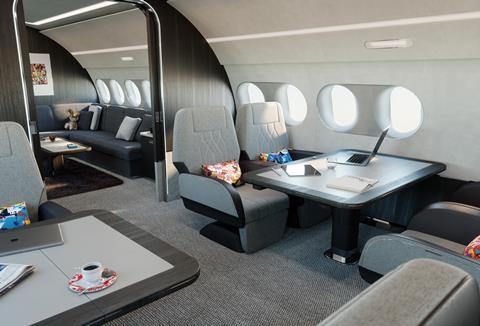 The TwoTwenty’s Pratt & Whitney PW1500G engines should be more frugal too, argues Vrdoljak, featuring a bypass ratio, 12:1, that is roughly double that of typical business jet turbofans.

Comlux is currently outfitting the initial jet at its Indianapolis completions centre; service entry is set for 2023.

“And when this aircraft enters into service, on the airliner side it will have achieved over one million flight hours of experience – not only will this be a beautiful aircraft but it will at a high level of maturity,” adds Vrdoljak.

Comlux is the exclusive outfitter for the first 15 aircraft but “after that we’ll see”, says Defforge. The next available production slot is 2025. 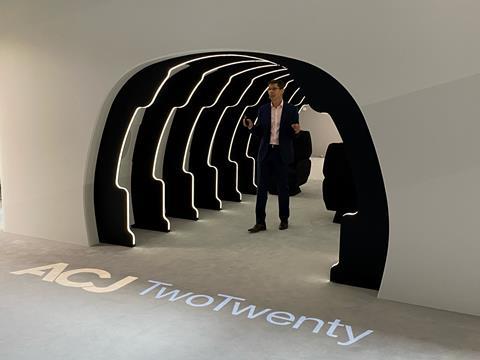