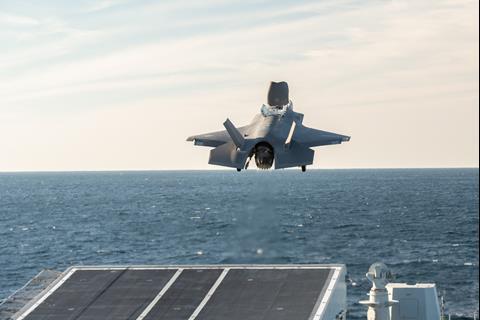 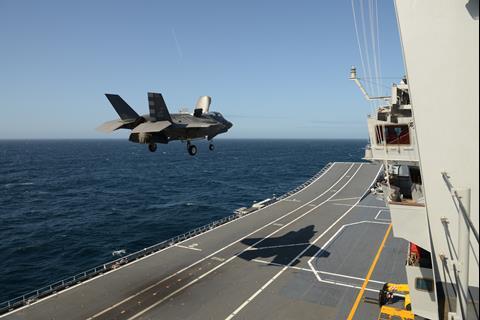 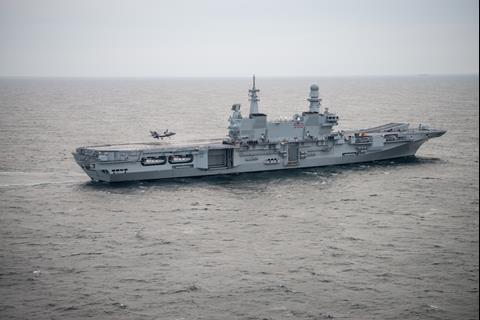 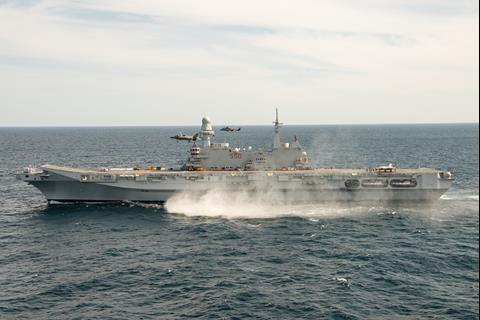 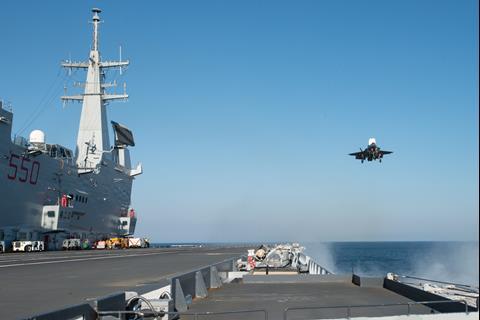 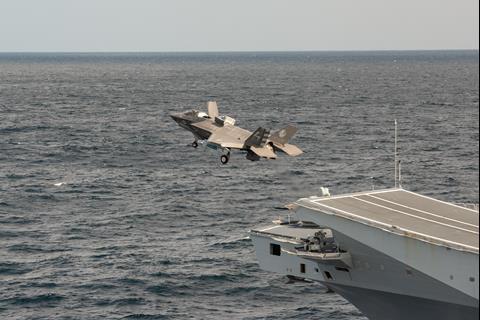 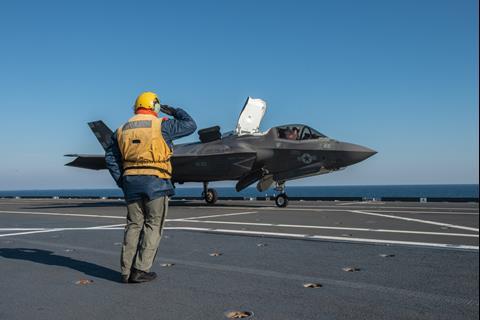 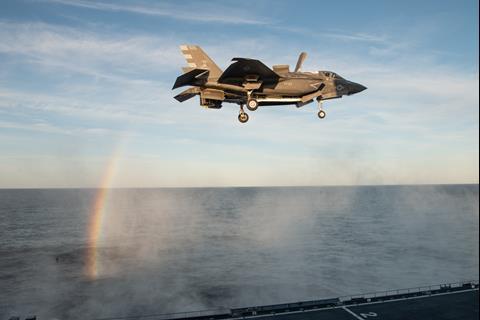 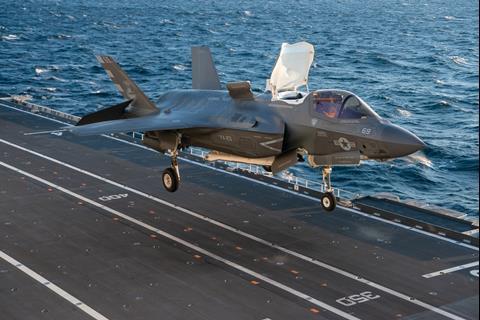 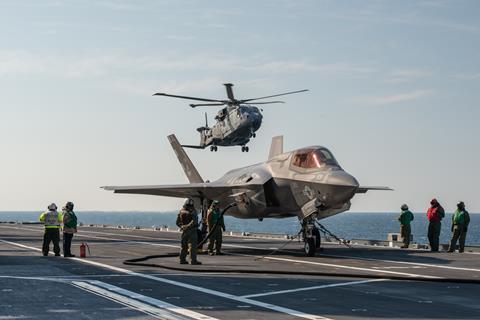 The F-35 Joint Program Office (JPO) has delivered a flight clearance recommendation to the Italian navy for safe operation of the Lockheed Martin F-35B Lightning II on the aircraft carrier ITS Cavour.

The short take-off and vertical landing (STOVL) stealth fighter completed its four-week sea trials in the western Atlantic Ocean on 26 March, the JPO said on 26 March. The aircraft carrier is now docked at Norfolk, Virginia.

“The Cavour sea trials comprised more than 115 ski jump short take offs and 120 vertical landings, plus two vertical take offs,” says the programme office. “These activities were followed by countless hours of data analysis, which yielded information that tells US Marine Corps (USMC) and the Italian navy how to safely conduct F-35B flight operations on Cavour.”

The USMC is the lead customer and largest operator of the F-35B. The US military service is also qualified to operate its jets from the UK Royal Navy’s two Queen Elizabeth-class aircraft carriers.

In April, flight clearance and airworthiness documents should be filed for safe launch and recovery of the F-35B aboard the Cavour, says the JPO. The F-35B will initially only operate aboard the carrier on a “limited sail-home envelope”, though the parameters of that were not detailed. Once all sea-trial test data is evaluated, the STOVL jet will receive a “full envelope recommendation”.

The Cavour is the flagship of the Italian navy. The 244m (800ft)-long aircraft carrier uses a ski jump to launch F-35Bs and AV-8Bs. The STOVL jets land vertically on its deck. Cavour is designed to hold an air wing of 18 to 20 aircraft.