UMS Skeldar has secured its third deal within two years to equip NATO navies with its Skeldar V-200 unmanned air vehicle (UAV), after being selected for a joint requirement for Belgium and the Netherlands.

From 2023, the company will supply an undisclosed number of UAVs, which will be employed as part of a so-called “toolbox” of unmanned systems performing mine countermeasures duties. Also including surface and underwater vehicles and sensors, the equipment will be used by six vessels operated by each of the nations. 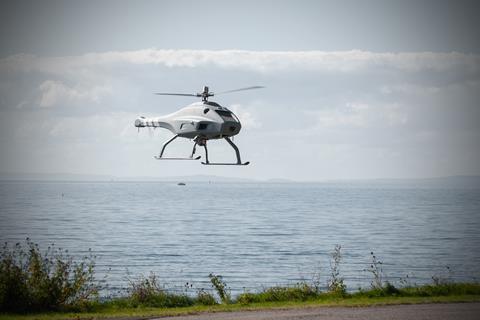 Unmanned system will support mine countermeasures operations after 2024

The V-200’s selection by unmanned service provider ECA Group was announced on 8 July, and follows earlier deals to supply the type to the Canadian and German navies for maritime applications.

David Willems, UMS Skeldar’s vice-president business development and strategy, attributes the V-200’s selection to factors including its use of “the best heavy-fuel engine in the market today”, which has a time between overhaul of 500h.

Willems declines to reveal the payload to be carried by the UAV for the Belgian/Dutch requirement, but notes: “the concept of operations and some of the sensor suite are new for Skeldar”.

“We are going to be providing aerial support for surface and underwater drones,” he says. “One of the key missions is to provide situational awareness to the ship, and help with communications.”

Pointing to the company’s previous successes with Canada and Germany, he notes: “We are now in a leading position with the global NATO navies.”

Antony Penn, communication and business development director for ECA Robotics, says the UAV’s “robust and reliable capabilities, and proven track record in the maritime domain” led to its selection.

Penn notes that a range of equipment within the unmanned toolbox framework can be “interchanged, according to the mission and its duration”.

The 12-ship mine countermeasures programme for Belgium and the Netherlands is being delivered by Belgian Naval & Robotics and Naval Group, following a selection in 2019. A preliminary design review is scheduled for December, with vessel deliveries to commence in 2024.