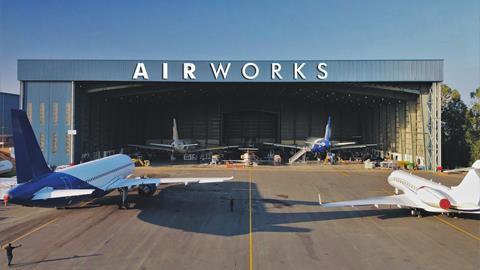 Despite upheaval caused by the coronavirus outbreak in nearly every part of the aviation industry, Indian MRO Air Works is upbeat about growth prospects, as it looks towards greater collaboration and rides a domestic resurgence.

Stressing that “there couldn’t be a better time”, Air Works chief executive and managing director D Anand Bhaskar says the company is now “at the threshold of growth” in the global MRO space. 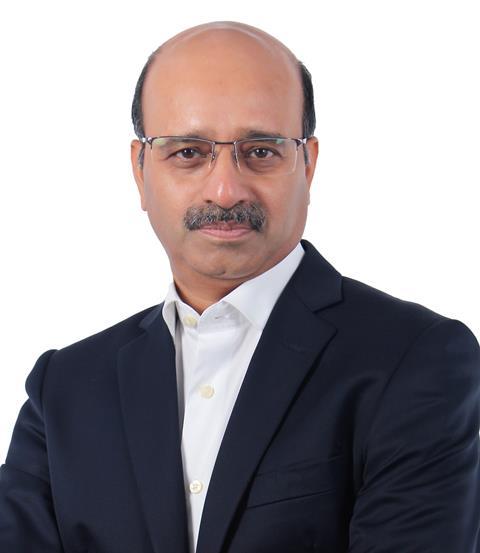 Bhaskar tells FlightGlobal that the “next level” of growth will come from component and engine overhauls – two areas in which the company is studying “huge potential.” According to Bhaskar, this makes up a sizeable proportion of the industry, at almost 70% or so, which the company has yet to tap into.

“On components we are evaluating [and] we have taken baby steps. [We] are looking at the opportunities and looking at the entire landscape and trying to see which part of the entire piece should we be playing…a role in,” says Bhaskar.

Bhaskar also discloses that Air Works is looking to venture into rotary wing heavy maintenance work. It has plans to build its first such facility in north India, but is in the process of “finalising details,” he says.

The coronavirus outbreak has been “a mixed bag” for the 70-year-old MRO.

Line maintenance was heavily impacted by the pandemic, due to travel restrictions and the halting of international flights. The impact was exacerbated by the fact that Air Works was the largest third-party line maintenance company in India, which meant that business “came to a standstill”, says Bhaskar. To mitigate the loss of business, Air Works moved to freighter line maintenance. 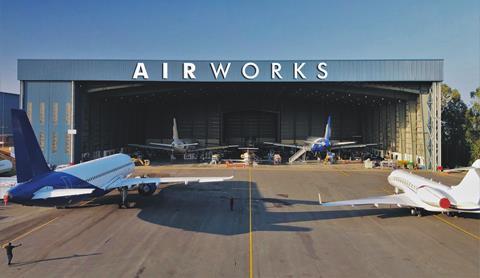 As for heavy maintenance, Bhaskar notes that the impact of the pandemic has not been felt yet, although less work was carried out at its hangars when the country went into lockdown.

However, Bhaskar points out that while these two areas were affected by the outbreak, they form a smaller share of its overall business. Line maintenance, for example, only makes up 10% of Air Works’ overall business.

Less affected were other activities, particularly for business aviation and defence MRO. Bhaskar notes that business aviation MRO makes up about 30 to 35% of the business, and has seen an uptick thanks to more private jet charters recently.

With international traffic all but gone during the pandemic, Bhaskar says it was key for the company to look inward.

He notes the Indian government has given the industry a fillip in recent months in the form of tax reforms that should allow the industry to be more competitive against international rivals.

A persistent grouse of Indian MROs in years past was the country’s tax structure, which was tilted against them. MRO services done domestically were taxed at 18%, compared to just 5% if done overseas.

This, the Indian MROs say, makes it unfavourable for Indian carriers to send their aircraft locally for MRO work, as it is more expensive compared to their competitors in other countries.

Bhaskar concurs, adding that such an unbalanced playing field ran contrary to the government’s intentions of creating employment through the industry’s growth.

In March, the Indian government lowered that tax figure to match work done overseas. The move is seen as a way to encourage Indian carriers to keep their aircraft at home for MRO work. 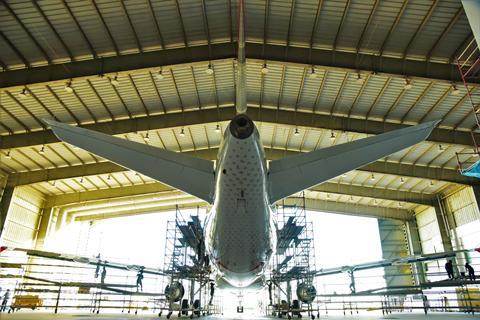 Another area of growth that Air Works hopes to tap – with help from the government – is in defence MRO. Bhaskar notes that with changes in how procurement is done there is opportunity for the company to collaborate with military aircraft manufacturers to provide MRO support.

This, in addition to the government’s move to privatise defence MRO, presents huge opportunities for Air Works to expand in the sector.

“While we focus on commercial MRO, we forget that India’s defence MRO is as big if not bigger than the commercial model. [I think] that’s something which…is an opportunity that we can focus upon,” Bhaskar tells FlightGlobal.

Ultimately, Air Works will look towards collaboration as it charts its future growth plans. Pointing out the opportunities in component and engine maintenance sectors, Bhaskar says: “That’s where I believe there are a lot of opportunities for companies like Air Works and…[other companies] to have a joint venture and tie-up, so that it is a win-win for everyone.”

To this end, the MRO is already in talks with a few companies, he adds.

“The talk with investors…the talk with partners has been a constant one for us all the time, and I won’t negate that we are also…talking with some people right now,” Bhaskar says.

And as the company celebrates its 70th birthday this year, Bhaskar is hopeful of greater things to come.

“There is a good ecosystem for any good player to be nurtured and grow. There couldn’t be a better time.”