Governments and regulatory bodies must resist the adoption of protectionist measures such as ’travel bubbles’ that reduce the opportunities for international airlines to serve markets, in the view of Qatar Airways chief executive Akbar Al Baker

”Already there are calls to limit the ability of international airlines to freely carry passengers between destinations,” Al Baker states during today’s Airlines 2050 conference, in reference to the industry’s response to the coronavirus crisis.

He believes that the much-discussed concept of “countries creating bubbles” – where air travel is opened up between two countries through intergovernmental agreements – ”is just another way of protecting home carriers at the cost of international free travel and open skies”.

Al Baker suggests that although “advocates of such an approach” often base their arguments on the need to protect jobs or maintain labour standards, ”what they are really asking is for governments to stop passengers from making their own choice”.

“This is never a successful strategy,” Al Baker says. “The aviation industry has to become more responsive to consumer demand, not less.” 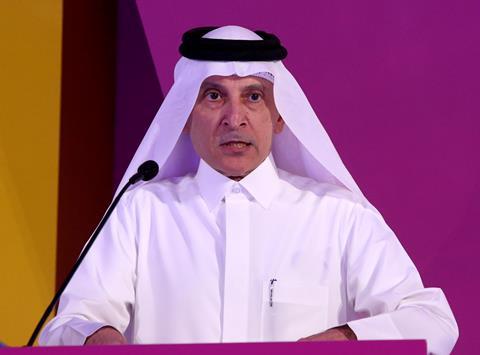 Such developments are particularly concerning for Qatar Airways, which has a business model based on its ability to serve markets across the world via connections at its Hamad International airport hub.

Indeed, noting that progress made in recent decades on liberalising international air travel is “still far from enough”, Al Baker expresses concern that ”we might witness more protectionism in the post-Covid 19 era”, with passengers ultimately “paying the price”.

Of the short-term recovery prospects, Al Baker states that restrictions on the opening up of markets are more likely to stymie the return of international travel “than [a lack of] consumer confidence”, adding: ”In many ways, the restrictions have made people realise how precarious the ability to travel really is, and was perhaps taken for granted.”

The airline chief is “confident”, however, that air travel demand will return to pre-Covid levels “in the next three to four years, especially once a proven vaccine is developed”.

Despite much government talk about opening up ‘travel bubbles’ and ‘green lanes’ to reinstate international connectivity, they have only made limited concrete progress so far.