Irritations with partner airlines have prompted Qatar Airways group chief executive Akbar Al Baker to question the value of being in a global alliance. Frustrated by what he sees as obstructive behaviour by Oneworld partners American Airlines and Qantas, he is threatening to withdraw the carrier unless things change.

Al Baker is not the first to question the value of being a member of one of the global alliances. Nor is it the first time he has talked of leaving – though that he should raise the stakes now illustrates there is plenty of work needed to restore relationships, even after the US and Qatari governments’ accord earlier this year aimed at ending the row on open skies.

But his view that an alliance should “work together to support each other like a family” is a somewhat romantic notion. The reality is that every airline is geared to compete hammer and tongs for business, regardless of whether they are connected through global alliance membership.

Such pacts alone offer great potential for marketing, network and touchy-feely benefits, but little more. The true power within the airline partnership game lies with the anti-trust-approved commercial joint ventures.

These enable friendly rivals to truly co-operate at a commercial level. While some of these exist within the structures of a global alliance – like the American Airlines/IAG transatlantic joint business – Qantas, a founder member of Oneworld, has established a successful tie-up with unaligned Emirates. It shows that airlines will seek to find partners to meet their requirements, which may or may not be aligned with relationships in a global alliance. 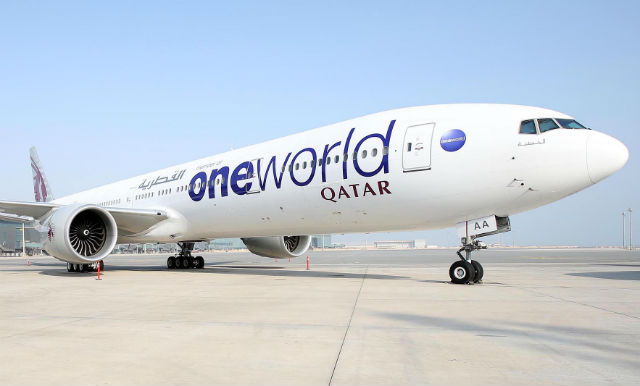 A withdrawal by Qatar Airways would leave Oneworld, and indeed all the global alliances, without one of the Gulf-carrier triumvirate as a member. But PR-management issues aside, its threatened departure may not be a major concern for the other members.

Several existing members are already connected to the airline through Qatar’s investment strategy, and others among the key Oneworld players apparently have already set out their stalls with regard to their intentions around Qatar Airways.