Russian analysts are continuing work to develop a new outsize transport aircraft to succeed the Antonov An-124.

Moscow’s Central Aerohydrodynamic Institute has developed an aerodynamic model for the four-engined freighter, nicknamed ‘Slon’ – the Russian word for ‘elephant’.

The institute says the design features a “power core” in the central sections of its fuselage, with structural elements based around this main part.

“This solution will reduce the number of manufactured parts and simplify assembly,” it states. 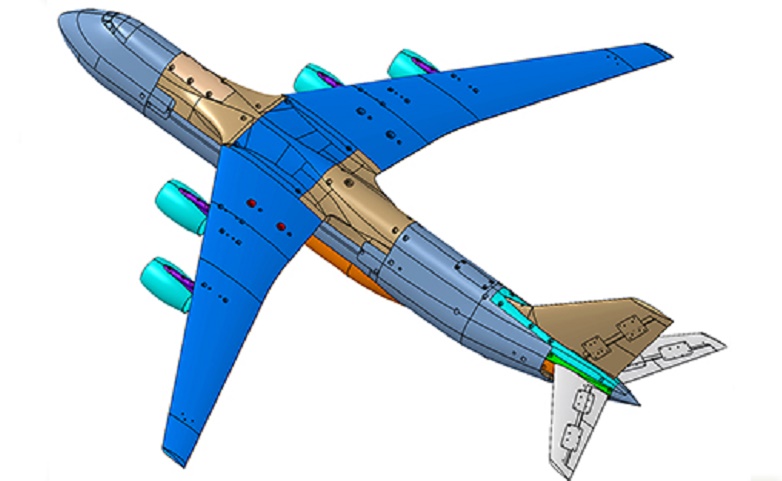 Its design is “universal”, the institute adds, and can be modified with a longer or greater-diameter fuselage, wing shape and wing location.

The work will enable the creation of windtunnel models.

“It is planned that the first experimental studies will take place in August-September of this year,” the institute says.

The Ukrainian-designed An-124 is a backbone of the outsize freighter fleet, in service notably with Volga-Dnepr Group.