Overflight of a heavily-occupied taxiway by an Airbus A320 at San Francisco served as an illustration of the serious risks of overloading pilots with NOTAMs, an ICAO forum has heard, as the organisation initiates efforts to reduce unnecessary NOTAM information.

The Air Canada jet’s crew, intending to land on runway 28R at night in July 2017, inadvertently lined up with the parallel taxiway C which was occupied by four aircraft – only executing a go-around at 100ft after overflying the first of them.

National Transportation Safety Board investigators found the pilots misidentified the taxiway because they had not recalled the closure of runway 27L contained in a NOTAM.

The crew’s flight-release package was 27 pages long and the NOTAM advising of the runway closure was on the eighth, towards the middle of the second page of NOTAMs.

Although the entry included a ‘NEW’ marker in red with asterisks, and bold text for ‘RWY’ and ‘CLSD’, the inquiry said: “This level of emphasis was not effective in prompting the flight crew members to review [or] retain this information, especially given the NOTAM’s location which was not optimal for information recall.”

It pointed out that a psychological characteristic called the ‘serial position effect’ results in people being better able to recall the first and last items in a series than those in the middle. 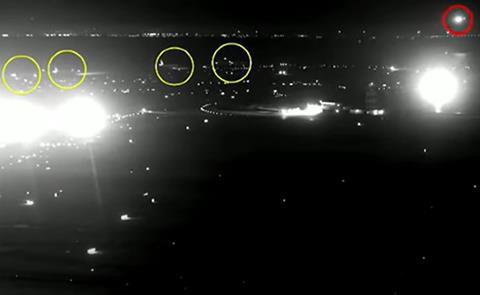 “The failure to see this NOTAM was, in essence, the primary cause of this serious incident. That was a wake-up call,” said Mark Zee, founder of OpsGroup and a former pilot and air traffic controller, speaking during an ICAO event on 8 April initiating a global campaign to overhaul the NOTAM system.

Zee presented the example of a typical briefing package for an Airbus A330 flight from Munich to Singapore, containing 24 pages of operational information – fuel, route and weather data, all clearly laid out – followed by some 120 pages of NOTAMs.

“This is not a special case,” he said. “This is routinely happening. Every flight, every day, is getting a very big package of NOTAMs.”

Finnair A320 captain Lauri Soini pointed out that each page will contain some 10-15 NOTAMs.

“For every single one we should read, understand and decide if it’s relevant for our flight,” he said. But even reading at the rate of just 5s for each NOTAM, he added, the process could take over 90min, whereas crews might only have 20min for pre-flight briefing.

Twenty years ago the total briefing package would have been “usable” at fewer than 20 pages, said Soini, but the increase in NOTAM data has been “staggering”.

ICAO’s campaign will focus at first on eliminating the number of outdated NOTAMs still circulating in the system.

Only 19 out of 42 Asia-Pacific countries and administrative regions have introduced quality-management systems, said ICAO Asia-Pacific regional officer Shane Sumner, and there is evidence of poor upkeep even in implementing states.

Just 12 countries have established formal arrangements with data originators and, among those originators, there is “insufficient knowledge and awareness” of regulations, he added.

This situation is exacerbated by aeronautical information services’ being frequently afforded “only low status” within civil aviation authorities, said Sumner, and not being empowered to refuse to accept raw or non-compliant data provided at late notice.

“As expected a lot of our NOTAMs come from external service providers including government agencies,” she said. “Some of which have no, or very little, knowledge of the requirements of issuing a NOTAM.

“More often than not they’d want a message to go out as they had formulated it, and to remain in force much longer than the stipulated standard.

ICAO’s campaign aims to look not only at the quantity of NOTAMs but also their quality.

Although the NOTAM about the runway 28L closure had been given to the A320 crew, the presentation did not effectively convey its importance, it added: “Multiple events in [NASA’s] aviation safety reporting system database showed that this issue has affected other pilots, indicating that all pilots could benefit from the improved display of flight operations information.”