An-26 drafted to cloud-seed against Siberian forest fires

Russian authorities have deployed an Antonov An-26 with cloud-seeding capabilities to assist with forest firefighting in the Siberia.

The aircraft has been called in to seed clouds with silver iodide over the vast Sakha republic with the aim of artificially generating rainfall during the fire season.

Sakha is being particularly affected, accounting for over 170 of the 228 fires registered by the Russian federal forestry agency on 1 July.

It says 135 fires in the republic are among those located in remote and hard-to-reach areas, with “no threat to settlements and economic facilities”, adding that the projected cost of extinguishing them “exceeds the projected harm they might cause”.

To aid the firefighting effort the An-26 ‘Cyclone’ has been drafted for cloud-seeding and artificial precipitation work, says the Sakha government.

It says the aircraft will work over the Khangalassky, Vilyui, Gorny and Ust-Maisky districts which are located around the city of Yakutsk.

Chairman of the state committee for Sakha population safety Dmitry Lepchikov says the results of the An-26’s work “will not be immediately visible” because the precipitation formation takes time. 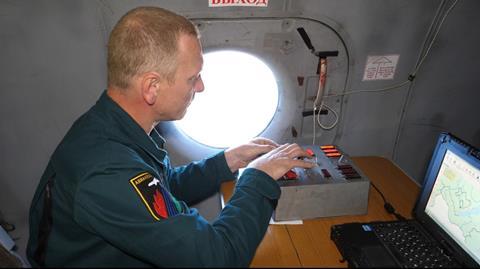 The service says it has already been conducting seeding of cumulus and stratocumulus cloud in other forestry territories – including Mirininsky and Verkhnevilyuisky – using about 100 cartridges against eight fires.

Avialesokhrana claims “medium- and high-intensity precipitation” was generated in 63% of cases. Use of the aircraft for cloud-seeding has been a feature of firefighting in previous years, says the organisation.