Operators of British Aerospace ATP turboprops are set to be ordered to replace engine power-control cables after incidents in which throttle levers have either jammed or been stiff to move.

The UK Civil Aviation Authority says a “number of events” of this nature have been reported by ATP operators, both in flight and on the ground during cold weather.

Investigations have determined that the condition is caused by moisture entering the power-control cable and then freezing, affecting the associated lever.

“If the power cables of both engines were to freeze – or one power cable was to freeze in combination with a malfunction of the other engine – the crew would not be able to control engine power,” says the CAA in a proposed directive. 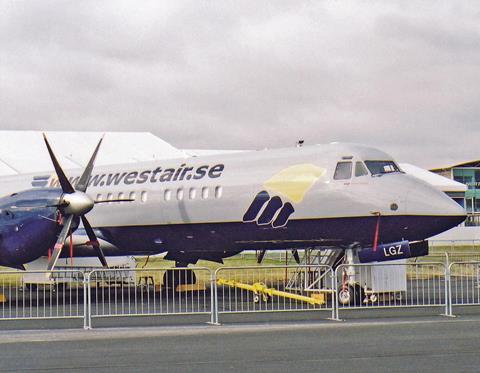 BAE Systems has drawn up a service bulletin detailing the installation of replacement cables, which have sleeves along their length and a watertight barrier.

“These improvements to the part will prevent moisture ingress and prevent the freezing of the control cable’s internal moving parts,” says the CAA. The new cable has a life of 6,000h.

Under the directive both the right- and left-hand engine cables must be replaced by the end of September this year.

Few ATPs remain in service but freight specialist West Atlantic Sweden is the main operator of the type.