The aircraft had been operating the Chelyabinsk-Norilsk service on 24 November but, having landed on runway 19 it “rolled out” by some 30m, according to the Krasnoyarsk transport division of the federal Investigative Committee.

It states that it is carrying out preliminary checks regarding the incident. None of the 81 passengers and six crew members was injured.

Meteorological data for the airport at the time of arrival indicate light snow and a crosswind from the left.

The Investigative Committee states that an assessment will be carried out into the crew’s actions and those of the airport’s ground services.

Red Wings operates the aircraft (RA-89138) which was delivered new in October last year, and is leased through state firm GTLK. 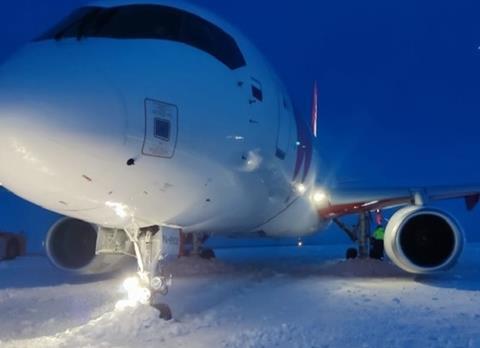 None of those on board the twinjet was injured