Boeing will use a 777-200 to test new technologies under its ecoDemonstrator flying testbed programme.

Technologies the programme will address this year are the improved sharing of digital information between the aircraft and the ground, an advanced electronic flight bag, improved cabin management systems, and cameras that give passengers a better view outside.

"This is the latest addition to our ecoDemonstrator program, where we look at how crew and passengers can have a better experience and how technologies can make flying safer, more efficient and more enjoyable," says Mike Sinnett, vice-president of product strategy and future airplane development at Boeing Commercial Airplanes. 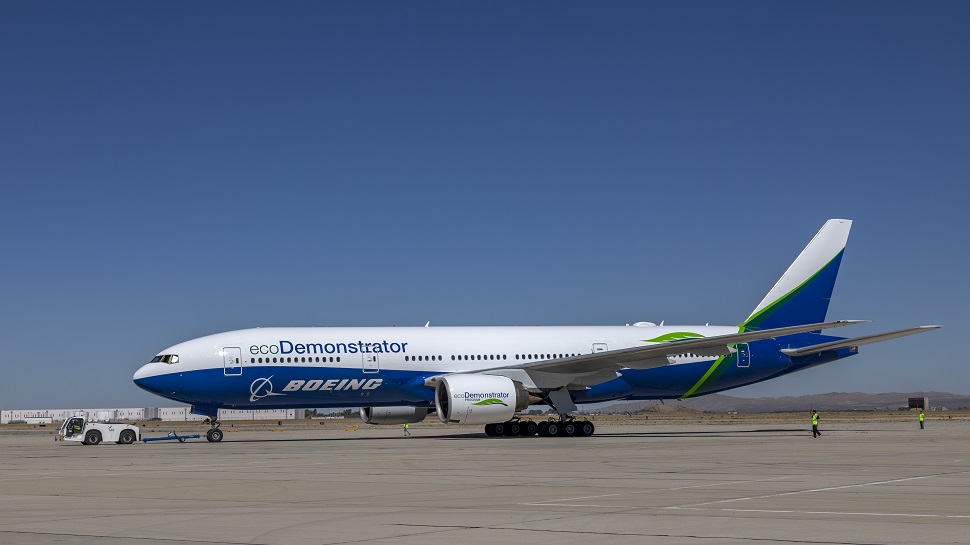 "Using the 777 flying testbed lets us learn faster and move forward on improvements much quicker and with greater fidelity in defining their value," he says.

"More than a third of the technologies have transitioned to implementation at Boeing or by programme partners," says the airframer. "Nearly half remain in further development while testing on the other projects was discontinued after learnings were accomplished."

It adds that "more than a dozen" partners are participating in the 2019 campaign, which will include a flight to Frankfurt, Germany. One partner is a consortium focused on futuristic networked cabins. Most of the test flights will use sustainable fuels to reduce carbon dioxide emissions.

Boeing confirms that the aircraft's registration is N772ET (MSN29747). Cirium's Fleets Analyzer shows that the aircraft is powered by two Pratt & Whitney PW4000 engines and was delivered new to Air China in 2001. The Chinese carrier parked it in August 2018, and Boeing purchased the jet last December.