The technological processes are being tested at the Aviastar manufacturing facility in Ulyanovsk.

Compared with the previous traditional process, the automated line will reduce by four times the time required for final assembly, says the company, and the complexity involved.

It states that up to 18 aircraft per year can be assembled on the line, increasing serial production of the transports. 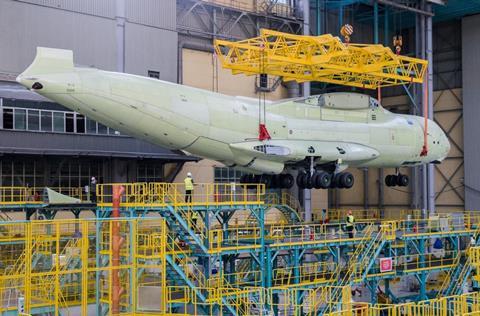 Once mated the fuselage is transferred to the next station for hydraulic system fit, and subsequently electrical installation, wing and empennage mating, before the airframe, with its undercarriage extended, is lowered and moved to the engine attachment and systems test area.

“Use of digital technologies will reduce the labour intensity of the work and significantly reduce the time for mating airframe sections.”

“Launch of the new production line is a landmark event for the Ulyanovsk enterprise and for the entire industrial landscape of the corporation,” he says. 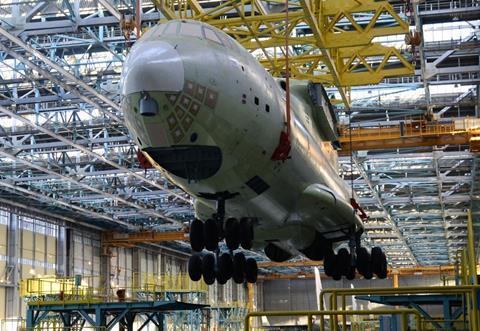