SIA Engineering (SIAEC) will part out two Airbus A380s and one Boeing 777-200ER at Changi Exhibition Centre, the location of the Singapore Airshow.

“Usable parts from the A380s that are parted out will be retained as spare parts to maintain SIA’s operating A380 fleet,” says SIA, in response to FlightGlobal’s queries. 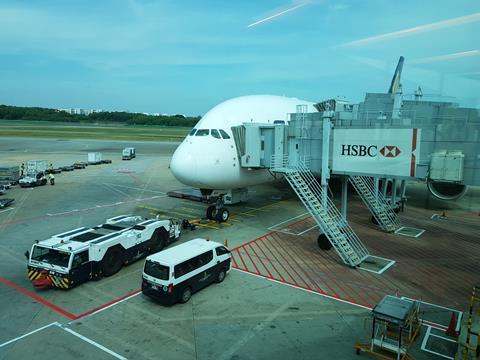 The parting out work will take about two months, says the carrier. The Singapore Airshow is scheduled to take place from 15-20 February, 2022.

Parts and materials it deems suitable for the project include the jets’ fuselage, cabin windows, overhead compartments, aircraft seats, life vests, soft furnishings and linens, and galley equipment such as carts and racks.

Before the pandemic, SIA had planned to operate a fleet of 19 A380s during the 2020s, but said in 2020 that seven examples would be permanently retired.

SIA’s entire A380 fleet is listed as being in storage.