Sales of regional jets and turboprops are more limited in frequency and scale than for the mainliner sector, and particularly narrowbodies like the Airbus A320neo and Boeing 737 Max. Our data shows that during the first nine months of this year, net orders for aircraft in these two categories totalled just 125 aircraft, versus 883 mainliners.

Positive developments so far in 2018 have included Embraer in April handing over the first E190-E2: a rewinged, re-engined update to its successul E-Jet series. Three are now in use with Norwegian carrier Widerøe, but over the 12-month period of our review, the Brazilian airframer’s total orders for the three-member E2-family contracted by 30 units. 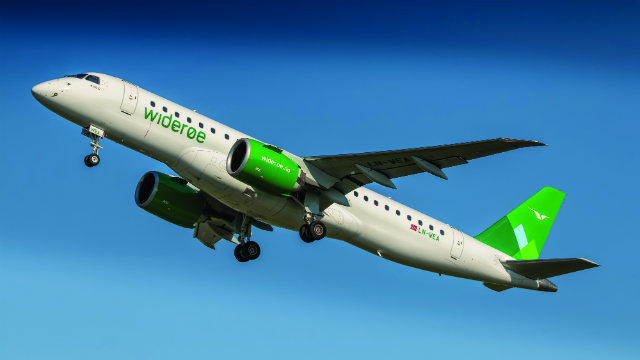 Sukhoi Civil Aircraft appears set to add a further 100 Superjet 100s to its backlog, after Aeroflot announced plans to acquire more examples, for delivery from next year. This good news was tempered, however, by public criticism from Mexican carrier Interjet, its only operator in the Americas, which said it could be prepared to sell its fleet.

Mitsubishi Aircraft’s delayed MRJ seems to be making good progress with flight testing, although a 20-unit commitment has been lost and a financial bail-out was required from its parent company to retain hopes of a 2020 entry into service.

Growing freight demand also delivered a boost to the sector, with FedEx Express having helped to launch both the ATR 72-600F and the Cessna SkyCourier 408 freighter. The latter will also come as a 19-seat passenger transport, registering at the lower limit of our regional aircraft classification. Our directory also this year gains RUAG Aviation’s Dornier 228NG and the Viking Air Twin Otter Series 400, which have the same seating capacity.

Exclusions include projects about which there is a lack of information on orders and deliveries, or where production is made for military customers. This includes Indonesian Aerospace’s 28-seat NC212i and 19-seat N219. Also dropping out is the TRJet 328/723: the status of which appears uncertain, due to rival Turkish Aerospace disclosing plans to develop a “100-seat-plus” jet for Ankara.

The regional aircraft landscape could change substantially before our next World Airliner Directory is produced, with Embraer and Boeing eyeing a possible joint venture. The proposal’s outcome could be determined as soon as December, with the E-Jet and E2 lines to be affected either way.

In addtion, as this article went to press, Bombardier announced it had reached an agreement to sell its Q400 twin-turbprop line to a subsidiary of Longview Aviation Capital for $300 million. Longview is a holding company which includes Viking Air.