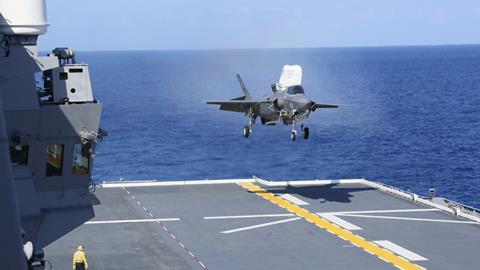 A Lockheed Martin F-35B operated by the US Marine Corps (USMC) has conducted a landing and take off from the Japan Maritime Self-Defense Force (JMSDF) ship JS Izumo.

The work took place on 3 October, according to Japan’s defence ministry. 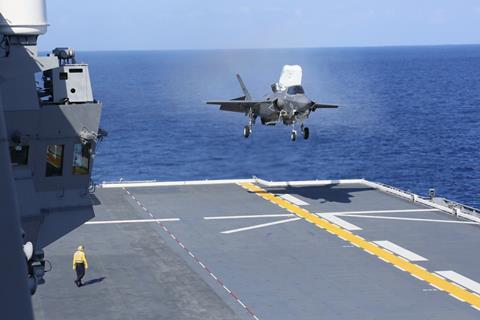 The USMC F-35B prepares to land on Izumo 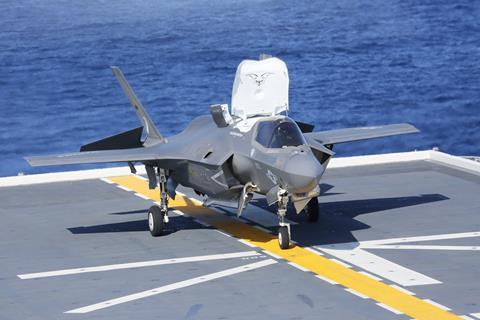 Landing on the Izumo, the F-35B became the first fixed wing combat aircraft to land on a Japanese flat top since the Second World War 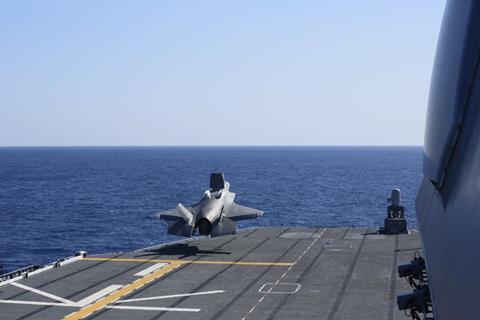 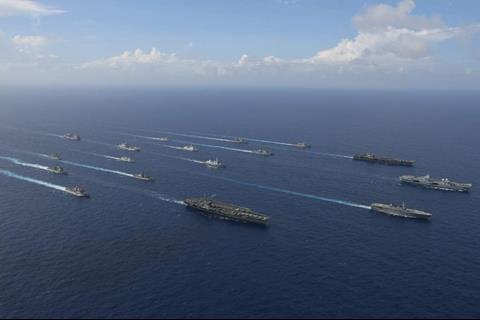 During a recent exercise in the Philippine Sea, HMS Queen Elizabeth teamed up with two US carriers - the Ronald Reagan and Carl Vinson - and the Japanese helicopter carrier JS Ise

A JMSDF video shows the aircraft making a slow pass, before approaching from the vessel’s stern and landing. The fighter subsequently makes a rolling take-off.

The operation marks the first time a fixed-wing combat aircraft has operated from a Japanese carrier since the Second World War.

The defence ministry says that the work will strengthen the close alliance between the USA and Japan, improve interoperability, and strengthen deterrence.

In late July, Japanese media reported that USMC F-35Bs would conduct flights to the Izumo.

3 OCT, the #JMSDF conducted verification of takeoff and landing of the USMC F-35B to JS #IZUMO.
The JMSDF continues to steadily carry out the necessary modifications to the IZUMO class to acquire the capability to operate the F-35Bs. pic.twitter.com/0gtPNzrxQC

The 27,000t Izumo is designated a helicopter destroyer, as the country’s pacifist constitution precludes the acquisition of aircraft carriers. The vessel underwent work to its flight deck to allow it to operate the F-35B. Sister ship JS Kaga will also be updated to operate the short take-off and vertical landing type, of which Japan aims to operate 42 examples.

News of the F-35B landing aboard the Izumo coincides with the presence of the 65,000t carrier HMS Queen Elizabeth in the Asia-Pacific, herself carrying a compliment of Royal Air Force and USMC F-35Bs. The British ship is on a seven-month global deployment after departing Portsmouth, England on 22 May.

The JMSDF published an image of the helicopter carrier JS Ise operating alongside Queen Elizabeth as well as two US Navy aircraft carriers, the USS Ronald Reagan and the USS Carl Vinson, in the Philippine Sea during a recent fleet exercise.

This followed a month of near daily intrusions, comprising some 209 individual sorties.