The pace of the Chinese military’s nuclear arms build-up is accelerating, as the country is expected to have at least 1,000 nuclear warheads by 2030.

That estimate, made by the US Department of Defense, is a drastic increase from last year’s projection, which thought Beijing had a nuclear warhead stockpile in the low-200s that would not double until the end of the decade. 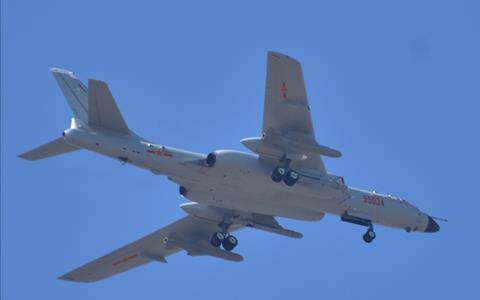 Now, it is believed that Beijing will more than double its arsenal by 2027, with up to 700 warheads available then, according to the Pentagon’s Military and Security Developments Involving the People’s Republic of China 2021 report to the US Congress, released to the public on 3 November.

The build-up comes as China is creating new ways to launch nuclear attacks, including new missions for its Xian H-6 bomber, roles in which the aircraft would serve as the airborne leg of the country’s nuclear triad. Though the H-6 is a Chinese-produced version of the Cold War-era Soviet Tupolev Tu-16 bomber, Beijing continues to update the type.

“During the [People’s Republic of China] 70th anniversary parade in 2019, the [People’s Liberation Army Air Force] publicly revealed the H-6N, a derivative of the H-6K optimized for long-range strikes,” says the Pentagon’s report. “The H-6N features a modified fuselage that allows it to carry externally an air-launched ballistic missile that may be nuclear capable.”

The report points to a video that circulated on the internet in 2020 of an H-6N carrying an air-launched ballistic missile.