Since the coronavirus pandemic reached the United States earlier this year, air traffic control (ATC) staff at almost 90 facilities across the country have tested positive for the virus, causing regular disruptions to this crucial network.

A map, published by the Federal Aviation Administration (FAA) and updated daily, shows each of the facilities affected, and the dates of the positive tests. 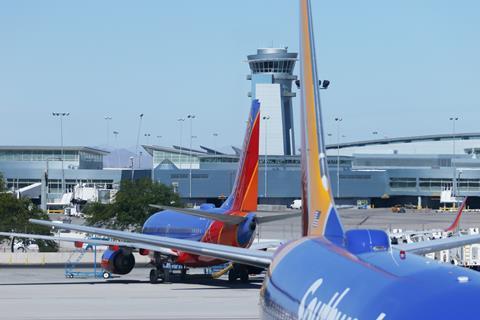 Some facilities, like the towers at Dallas/Fort Worth and Chicago O’Hare have been hit twice or more.

The Washington DC area Air Route Traffic Control Center (ARTCC), which is responsible for aircraft control, separation and safety across a large area around the US capital that covers seven states, registered five positive tests between 21 April and 6 July. It is the busiest of the FAA’s 22 ARTCC regions.

The map shows that just in the past 10 days, since 1 July, personnel working in at least 36 ATC facilities have tested positive for the coronavirus.

On 6 July, the FAA published a Safety Alert to Operators about the issue, warning them that some airspace may be left uncontrolled, or monitored by a different facility due to tower or regional centre closures.

“Due to the Covid-19 outbreak, the National Airspace System (NAS) experienced several unplanned ATC facility shutdowns, leaving the designated airspace uncontrolled or controlled by an en-route facility,” the agency writes.

The FAA recommends that pilots, airlines and other aircraft operators take additional safety measures and mandates changes to standard published procedures in the case that certain air traffic control towers or regional aviation oversight are temporarily not operational.

In the case of a positive test, the FAA says the entire team of workers on that shift will isolate, and facilities are often closed for several hours for deep cleaning.

“We adjusted hours at some facilities and took steps across the agency to limit the chances of cross-exposure by placing controllers on cohesive teams that work together on every shift,” the FAA tells FlightGlobal on 9 July. “If a member of a team tests positive for the virus, that team self-isolates, if necessary, and a back-up crew steps in. We also bring in a professional service to conduct a deep cleaning of any affected areas.” 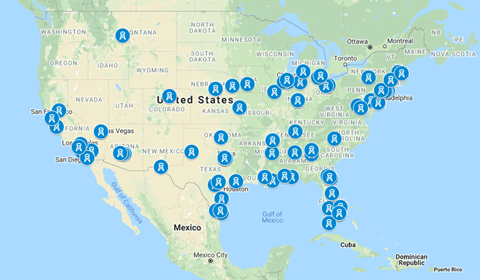 The FAA’s operations plans, also published on the website, note any disruption to air traffic control services, and the reason for it. One such typical note, published on 9 July, stated, “Anticipating a ZHU ATC-Zero this evening due to COVID cleaning”.

“ZHU” is the identification code for the ARTCC region in southern Texas around Houston, the nation’s 9th busiest, and “ATC-Zero” is an official term used by the FAA that means it is unable to safely provide the published ATC services within the airspace managed by that specific facility.

The note says the disruption will last for 4h and take place at night, when traffic is expected to be light.

It is the ninth time since 29 March that a member of staff at the Houston ARTCC has tested positive for coronavirus.

That said, the FAA says that safety of air traffic during these periods is ensured through set business continuity plans that go into effect whenever regular service is interrupted.

”With a few exceptions, we have been able to keep most facilities operational even during cleaning,” the FAA says. ”In some cases, other facilities have stepped in to cover the airspace under our existing contingency plans during the cleaning period, but it’s never exceeded a few hours.”

The first FAA ATC facility to be affected by coronavirus was the tower at Chicago’s Midway International, on 17 March, which was then shut for several days, closely followed by cases in Las Vegas and Indianapolis.