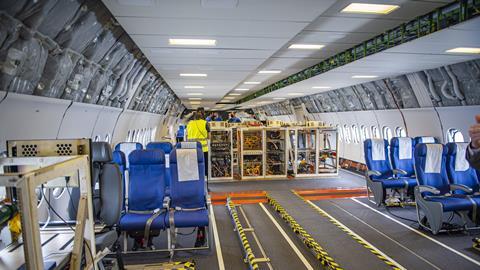 Boeing is mounting a spirited effort to drive interest in the 777-9 at this year’s Singapore Airshow, but tough Asian market conditions could delay big sales.

Nonetheless, the GE Aviation GE9X-powered aircraft is performing a stunning aerial display at the show. Journalists were also invited aboard test aircraft (N779XW) for an update on the jet’s test campaign. 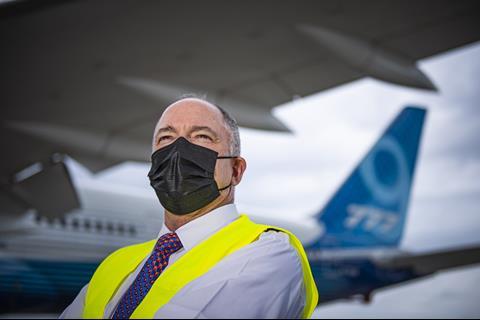 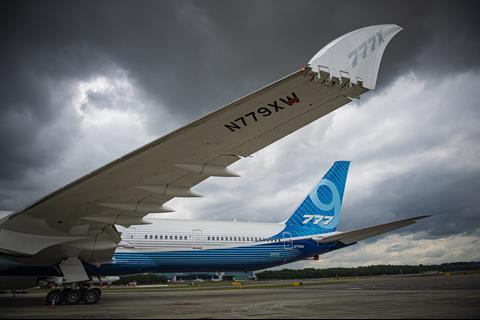 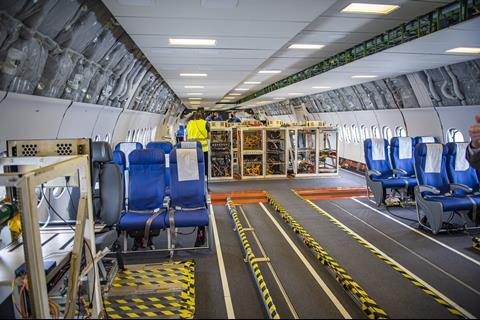 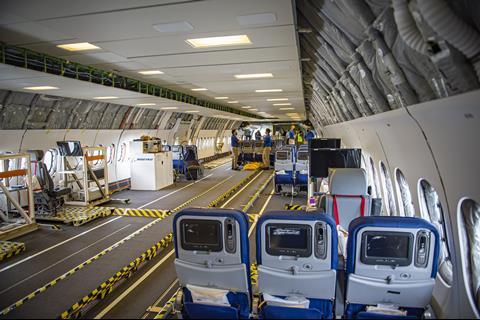 Surrounded by an array of test gear in the aircraft’s spartan cabin, the Boeing team is upbeat and confident. Brian Hermesmeyer, senior director of product marketing, says the test programme’s four aircraft have completed 650 flights and accumulated some 1,900hrs.

This includes a 20hr sortie from Seattle to Singapore. “We had fifty people aboard and still had plenty of gas,” he says.

Van Chaney, chief test pilot for the 777/777X, shares Hermesmeyer’s enthusiasm: “It’s been a really, really good programme so far. The engines have been wonderful and the systems have been good – usually we spend a lot of time on systems.”

He adds that he was “expecting trouble” with the jet’s folding wingtips – designed to give the 777X the same gate fit as the 777-300ER – but that the 777X’s signature design feature has been “really good.”

Boeing maintains that it is still on track for a first delivery in late 2023.

Yet, sales have been slow and certification challenges loom in the USA on the heels of the 737 Max saga.

On N779XW’s fuselage the images of just eight airline tails signify customers who have committed to the 777X, of whom three are in the Asia-Pacific: All Nippon Airways, Cathay Pacific, and Singapore Airlines. These carriers account for 72 of the 777-9’s 258 orders, while no Asian carrier has ordered the smaller 777-8, which has just 56 orders.

ANA and SIA are surviving the coronavirus pandemic, but losses could continue for years. Cathay is in the throes of an existential crisis. The region’s other carriers are generally in dire shape. Impressive as the 777-9 may be at Singapore this year, the region’s battered carriers may be wary of big widebody commitments.