Patrick Ky, the executive director of Europe’s aviation safety regulator, has become the latest senior industry official to hit out at the lack of a coordinated approach to coronavirus testing and quarantine measures for international travel.

EASA chief Ky, speaking during a media roundtable event yesterday, described the unilateral implementation of restrictions as a “disaster for aviation”. 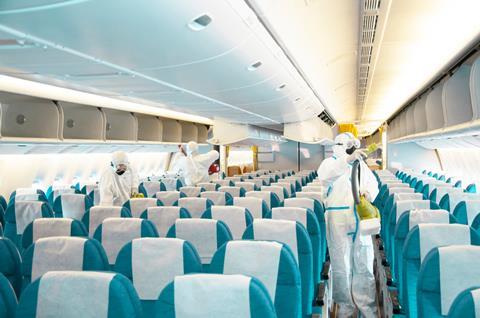 Ky says that EASA has contributed significantly to the development of safety protocols, such as the deep cleaning of cabins and mandatory wearing of masks, to cut the risk of disease transmission in airports or inside an aircraft.

These have then been universally adopted by the aviation sector, he stresses, leading to a high degree of security throughout the journey.

“There is no evidence of spreading of the virus on board any aircraft that were flown in Europe,” he argues.

But despite the industry’s efforts to develop such protocols, countries are introducing travel restrictions on a unilateral basis.

“If you don’t have a consistent approach at European level on how to treat passengers on what they should expect in terms of quarantine and testing requirements it is going to be a major obstacle for passengers to fly,” he says.

“Our protocols have been followed very well by airlines and airports… but the national [health] authorities are implementing their own national policies without caring what has been done by others.

“Each country has its own requirements which is a disaster for aviation.”

Airlines across the continent are hopeful that the roll-out of the coronavirus vaccine will help to kick-start a recovery in flight numbers this year. However, this is likely to be a slow process, says Ky: the latest Eurocontrol forecasts suggest that 2019 traffic levels will not be regained before 2026.

Meanwhile, EASA is adjusting to a new relationship with the Civil Aviation Authority (CAA) following the UK’s final departure from the EU on 31 December.

Ky says he has yet to speak to his CAA counterpart since the Brexit trade deal came into effect, but says the agencies have “maintained a very cordial and very professional relationship over the last two years”.

“We need to find the new way in which we are going to work together,” he says, but with a bilateral aviation safety agreement in place governing certification of products and manufacturing facilities “I’m certain we will not have any problems”.